BNSF Railway, in partnership with Spokane Regional Clean Air Agency (Spokane Clean Air) and HOTSTART, is retrofitting 11 locomotives with HOTSTART idle-reduction technology to reduce emissions and conserve fuel in Washington. The pool of locomotives will operate out of the BNSF rail yards in Spokane, Wash. and Pasco, Wash.

“Minimizing our impact on the planet is a key priority for all of us at BNSF and we are always striving to incorporate new practices and technologies to help us reduce our impact,” said John Lovenburg, BNSF vice president, Environmental. “Through our partnership with HOTSTART and Spokane Regional Clean Air Agency, we are able to make continued strides in Washington to further reduce carbon emissions in our operations.”

In addition to the APUs, BNSF has installed Automatic Engine Start-Stop systems (AESS) that can be used in conjunction with the APU to shut down the locomotive when not needed. The combination of APUs and AESS can potentially eliminate most locomotive engine idling. Remote data logging systems will be installed onboard each locomotive to monitor and track data for each of the 11 APU systems.

“HOTSTART is proud to support BNSF in its efforts to reduce locomotive idling,” said Terry Judge, CEO of HOTSTART. “We’re thrilled that our technology, developed and built right here in Spokane, will help BNSF save fuel and reduce emissions right in our own backyard.”

Spokane Clean Air, with technical assistance from Washington State Department of Ecology, facilitated the partnership between BNSF and HOTSTART to purchase the APU idle-reduction technology. When all of the retrofits are complete, it is estimated this project will reduce emissions by more than 22 tons during the six-month, cold weather operational period.

“This project is an excellent example of how technology can be used to reduce air pollution while saving a company money through significant fuel savings. It is a win-win and we hope to see additional diesel engines retrofitted with idle reduction technology throughout our area,” said Julie Oliver, Director of Spokane Clean Air. 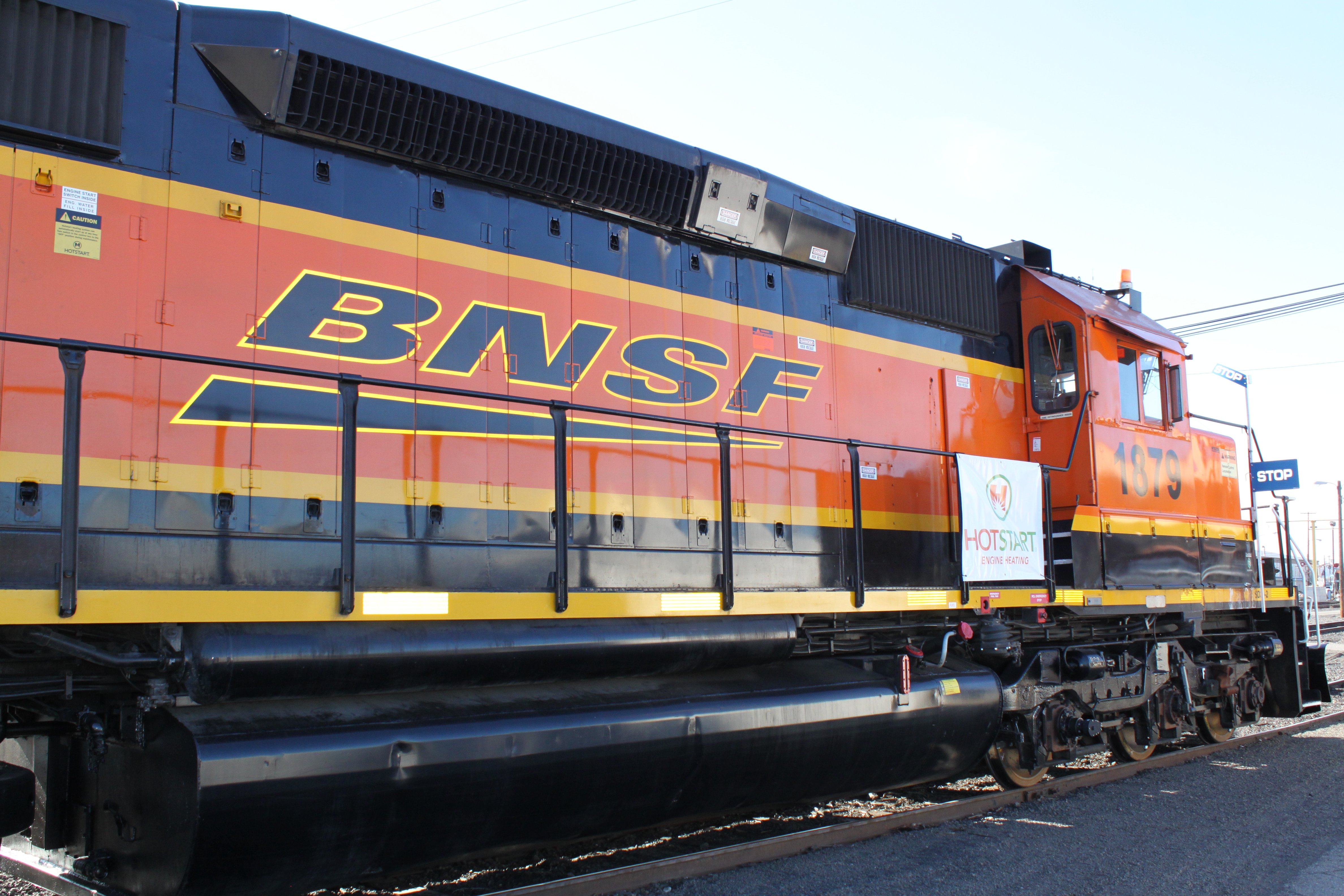