The End of the Party?: GE to Open Helium Reuse Plant as Shortage Worsens

Brigitte Prat runs Lulu’s Cuts & Toys, a popular hair salon and toy store in Brooklyn’s Park Slope neighborhood. Prat is famous for rewarding new bobs, bangs, and fauxhawks with trademark orange balloons, but she is having second thoughts. “I used to put one on every arm and every stroller that rolled through my store, but now I keep them behind the counter,” she says. “I am paying an arm and a leg for my helium. I may have to start charging.”

Prat is not alone in feeling the helium pinch. The world is running out of the gas, ironically the second most abundant element in the universe. Magnetic resonance (MR) manufacturers like GE need it to cool down powerful superconducting magnets, chip makers use it to clean silicon wafers, and doctors use it during laser eye surgery.

Last month the U.S. House of Representatives passed a bill designed to ease the helium shortage and businesses are also starting to pitch in. GE, for example, will invest $17 million in a new plant in Florence, South Carolina, to recycle helium used for cooling down magnets for MR machines. “Much of that helium now evaporates and is lost into space,” says Peter Jarvis, general manager of GE’s global magnet and gradient engineering team.

Jarvis says the Florence plant goes through around 6 million liters of helium per year. About a third of that ships in the machines to customers, so that magnets arrive at customer sites cold and ready to operate. Once the new plant comes online in 2015, GE workers will capture and recycle the rest. “The sourcing team has had to move mountains over the last few years to make sure that we have enough helium and that we ship everything our customers ordered,” Jarvis says.

GE engineers use helium to cool magnets close to absolute zero, or minus 495 F. At that temperature, magnets become superconductive and lose all electrical resistance. “When you power up a supercooled magnet, it can produce the same magnetic field for a thousand years with no more power required,” says Trifon Laskaris, an MR inventor working at GE Global Research.

The current helium shortage is partially self-inflicted. Energy producers scrub the gas as a waste product from helium-rich natural gas wells that stretch from the Texas panhandle to Montana. In 1925, the U.S. government got into the helium business to make sure that the element would be available for defense needs. Helium-filled airships traveled as escorts with supply convoys to Europe during World War II, and demand grew during the Cold War and the space race. The 1996 Helium Privatization Act intended to get the government out of the business of producing it, but sales from the huge U.S. helium reserve stored in porous rock 3,000 feet below Amarillo, Texas, kept prices low and gave private producers few incentives to enter the market.

The new bill may improve things, but business are not taking chances. Besides the new recycling plant, GE is also developing new magnet and MR designs whose goal is to use less helium. “One day, we may cool the magnets down with alternate refrigerants other than liquid helium,” Jarvis says.

That should help bring Prat’s orange balloons back on the busy Brooklyn streets. 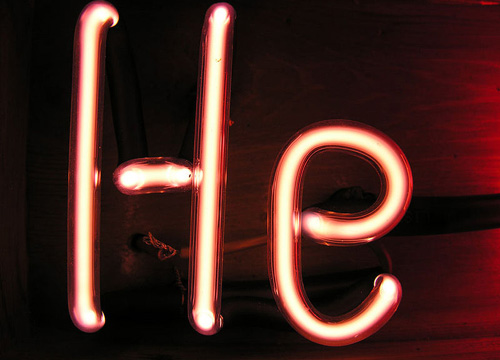