Amway - No Stranger to Natural and Manmade Disasters

Amway - No stranger to natural and manmade disasters

As a global organization, we are no strangers to natural and manmade disasters.

Millions of people make up the global Amway family, so a disaster in one country has a ripple effect on the others. Our sympathies are not measured by the size of the market, but the impact on our friends and colleagues.

A beautiful example has emerged over the past few weeks in the Philippines. And the greatest part of the story is that our response to Typhoon Haiyan was not hampered by the complexity of a multinational direct selling company, but rather enhanced by it.

Our early warning systems alerted us to the magnitude of the storm, and we were in touch with staff in Manila before, during and after the typhoon. Amway has approximately 120 employees and 65,000 Amway Business Owners (ABOs) in the Philippines, and the first priority was ensuring that everyone was safe.

While communications have been difficult with some of the hardest hit areas, we were relieved to hear that our top leaders and staff were safe and accounted for.

Response began at multiple levels. Amway senior executives at our headquarters immediately provided funds to support rescue and recovery through the local Red Cross, and set the stage for helping with rebuilding later on, after most donors have lost interest.

Locally, staff prepared 1,000 relief kits with Amway products to be immediately delivered (often in person) to ABOs who were impacted, particularly those who had to leave their hometowns to find new places to live.

Around the world, Amway Business Owners began to raise and give to Haiyan relief efforts, including efforts in all four of our global regions: Asia Pacific, Greater China, Europe and the Americas.

Meanwhile, we were gearing up for a global volunteer day through the Amway One by One Campaign for Children. Amway Philippines showed their true spirit by moving ahead with their plans to support school libraries, but adding disaster relief to the list of projects happening around the country.

At Amway headquarters, employee volunteers prepared approximately 10,000 personal hygiene kits to donate to International Aid and Convoy of Hope, which will be sent to typhoon victims in the Philippines.

And the stories keep coming. 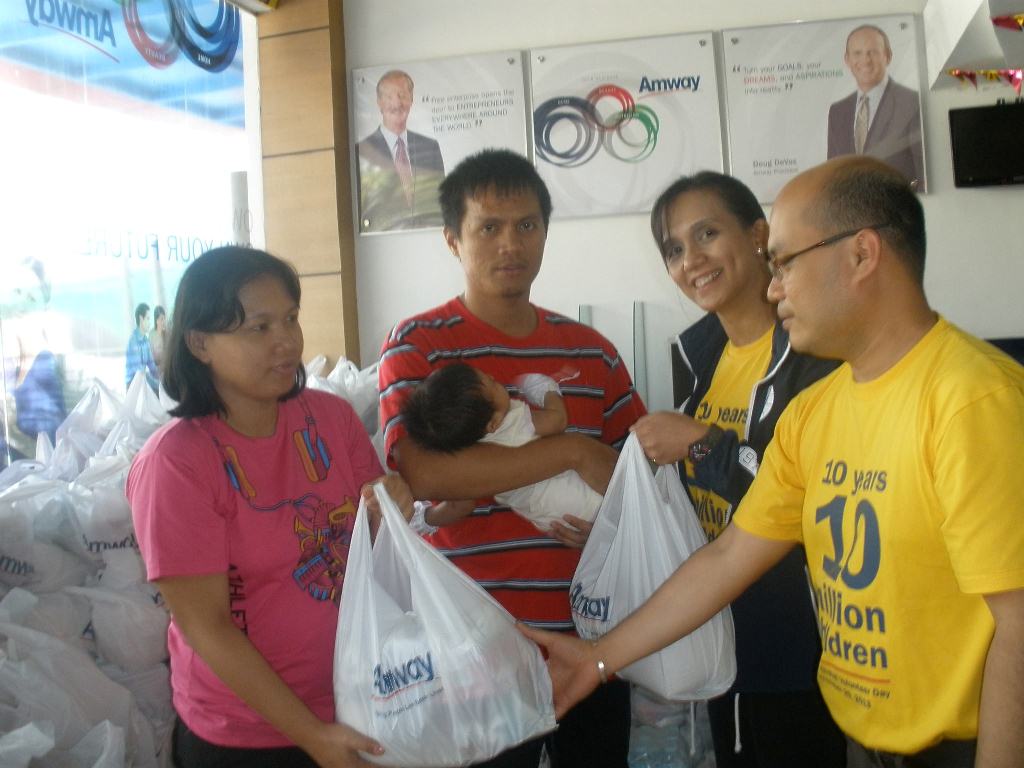 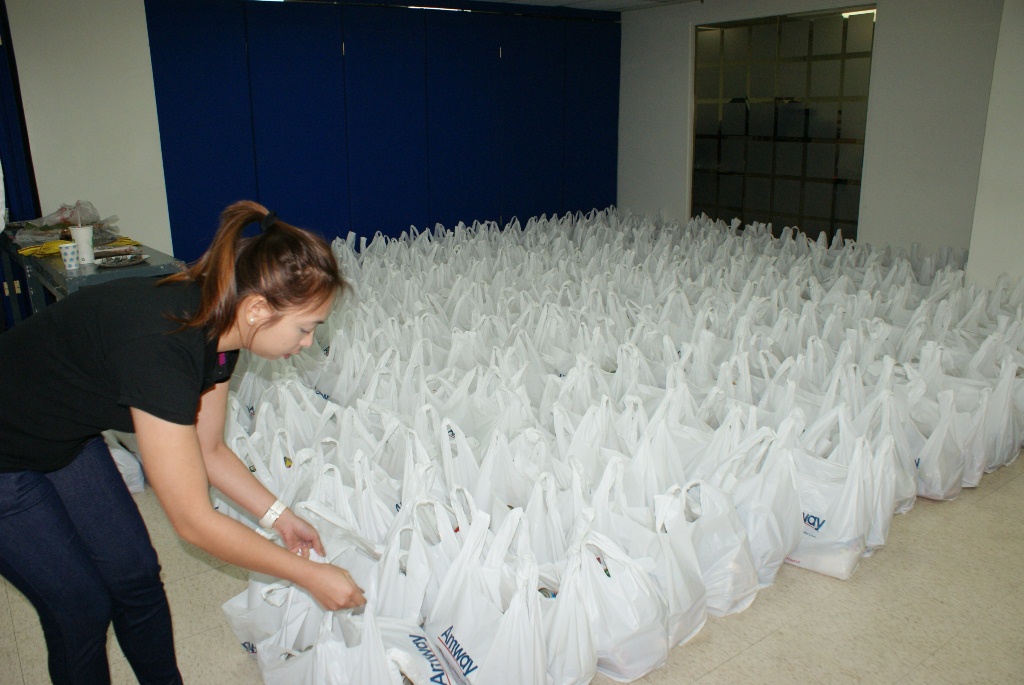 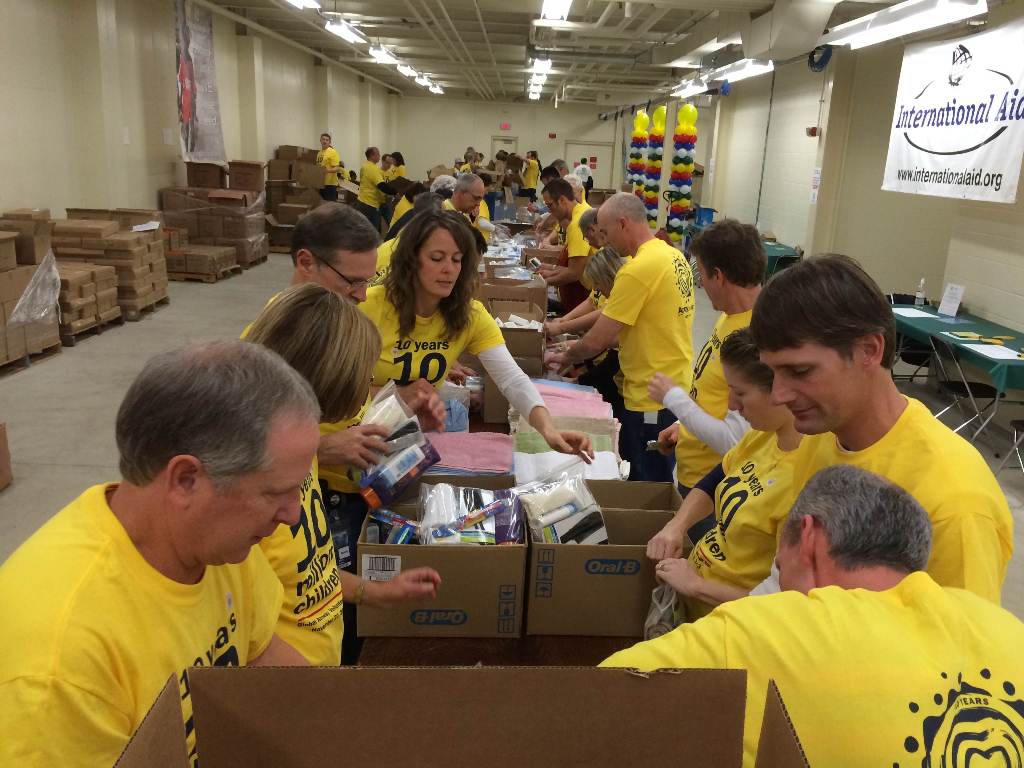 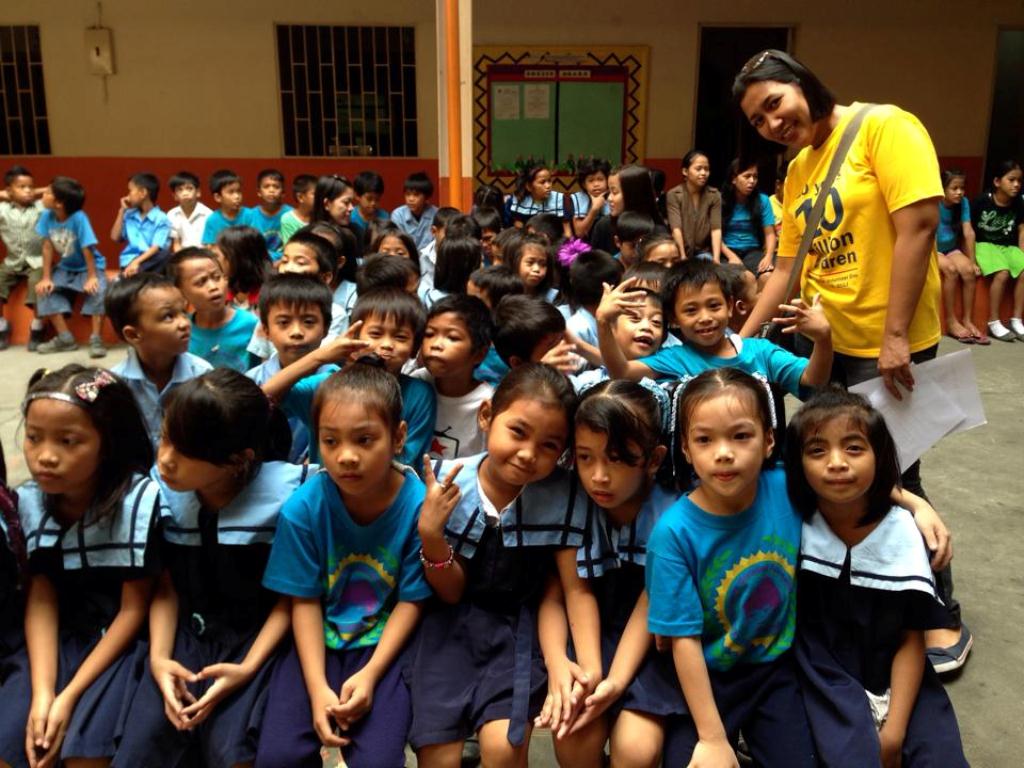