From March 6-9, 2016, Toronto, Ontario will host over 20,000 attendees from over 100 countries at the PDAC International Convention. Goldcorp is proud to be a Platinum sponsor as the world’s mineral industry gathers to connect and learn from each other. Over the next few days, we invite you to get to know us better. We’ll share a multi-part series highlighting Goldcorp employees, and stories from our mine sites that reflect some of our values and priorities at Goldcorp. On this first day of PDAC, we introduce you to a summer student who took the safety training he received during his time at Goldcorp and applied it in a personal situation to help make a complete stranger safer.

On the 7-hour drive home to Thunder Bay one late August night in pouring rain, Jack Lawson reminisced about his latest stretch as a summer student working with Ron Scherby in the Longhole Planning Department at Red Lake Gold Mines (RLGM). 19-year old Lawson learned a lot over two summers sessions there – invaluable training and experience that instill strong ethics, how to be a team player and safety foremost. Key skills that carry forward from the job site to everyday life.

With windshield wipers on high and visibility low, Lawson drove cautiously, mindful of his carload of work gear and personal belongings going home with him. Suddenly he glimpsed a shadowy shape moving along the roadside, and as he slowed to pass, a lone cyclist clad completely in black became discernible. No lights or reflective clothing. A hazardous scenario for the rider and drivers alike on a highway, in the dark, and in bad weather.

Instinctively, Lawson’s mine safety training kicked in. “I immediately feared for this cyclist’s life and began thinking of ways I could solve this safety issue. At first I thought to turn around and offer him a ride, but my vehicle was already packed full. There wouldn’t be enough room for him, let alone his bike. I had to think of another way.”

Then a bright idea came to mind and Lawson sprung into action, driving several hundred metres ahead before pulling onto the shoulder and engaging his four-way flashers. He rummaged through his equipment bag to find two lifesaving items he’d worn daily at the mine – a hardhat light halo and a blue LED beacon. When the cyclist caught up to him, Lawson flagged him down.

“I called out ‘Hey! I have something to give you!’ The cyclist stopped and I explained that he was invisible to drivers. He didn’t speak English very well, but seemed to understand because he took the halo and put it around his helmet while I mounted the light on the back of his basket. When he took off down the highway again, I watched to ensure his visibility and for several hundred metres I could see blinking blue illuminating him, the bike and the road.”

Lawson says without the safety culture embedded in daily operations at Goldcorp, he might have been just another of the many drivers who passed by heedlessly. “I’d like to thank the people at RLGM for not only teaching me how to make my workplace Safe Enough for Our Families, but also the world around me. The training I received taught me to identify hazards and, most importantly, instilled confidence in my ability to make the world a safer place.” 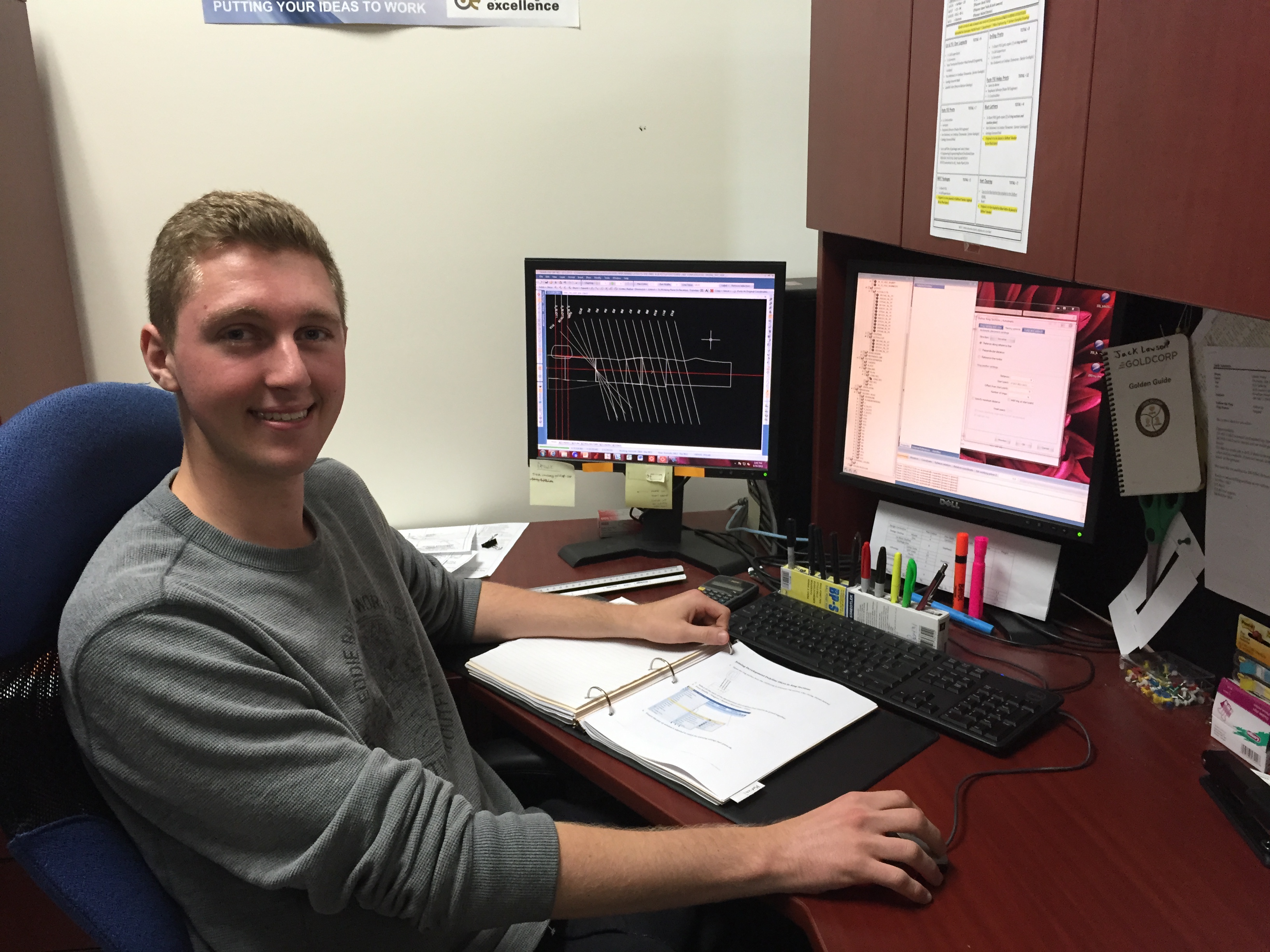