Despite the fact that female and male students perform equally in mathematics and science on standardized tests in K-12 grades, women remain underrepresented in the science, technology, engineering, and mathematics (STEM) workforce today. Fortunately, STEM took the spotlight with the release of the “Hidden Figures” film which increased awareness of past gender and racial inequity. The film has not only inspired girls to pursue their interests in STEM but it also encouraged society and companies to address the STEM gender gap that is still present today. On the heels of “Hidden Figures,” here are three companies making major STEM commitments:

In response to the STEM buzz created by the movie, PepsiCo, 21st Century Fox and the New York Academy of Sciences partnered to launch “The Search for Hidden Figures” scholarship contest,  awarding $200,000 in scholarships and prizes to emerging female STEM leaders .The campaign also included a digital media effort, which gave film fans a chance to test their STEM skills with a collection of mobile and web games and quizzes. 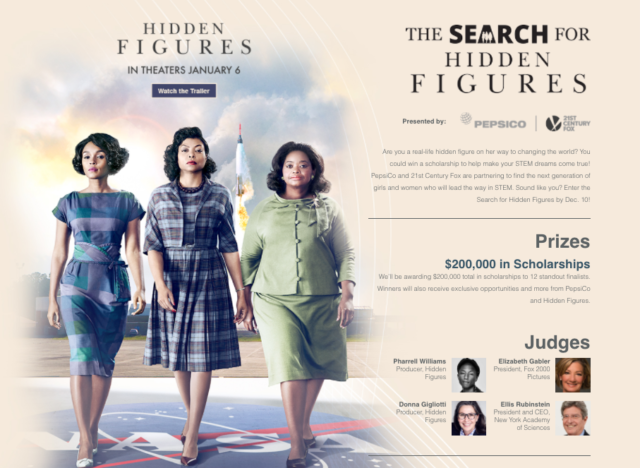