How Campuses are Driving a Clean Energy Future in America

Yesterday, I traveled to the White House as 218 campuses pledged support for strong outcomes at the upcoming Paris climate negotiations. Forty university and student leaders gathered at the Eisenhower Executive Building to explore how to deliver the kind of transformative leadership needed to stabilize the planet’s vital signs.

To earn a share of its $40 million funding that reduced 8 million tons of carbon dioxide to benefit the planet, Chevrolet’s campuses were by definition all leaders since they had to deliver GHG reductions stronger than 85 percent of their U.S. peers.

Building on the insights from Chevrolet’s environmental advisors, I was really curious to learn how these humble, but rather elite campus leaders viewed Chevrolet’s Clean Energy Campus Campaign. Read on for their insights.

How did you view Chevrolet’s leadership?

Robert Koester, Ball State University: Chevrolet’s is a once-in-a-decade achievement. The company was willing to break new ground, which demanded they develop a new carbon methodology we helped pioneer.

Universities have gained access to entirely new sources of capital to drive their clean energy success only three times in the last three decades. First in the 90s with utility incentives; then with the advent of green revolving loan funds; and now with the Chevrolet Clean Energy Campus campaign, which has opened up access to carbon market capital investments.

Tim Carter, Second Nature: With Chevrolet, this was not just incremental leadership, marginal improvements. It wasn’t the “here’s a new framework” whitepaper, theory-kind of leadership.  But “here’s time, dollars on the table and we’ll make it happen” leadership.  They created an entirely new paradigm with the wheels to deliver on a new set of outcomes and market precedents.

So what did Chevrolet actually do?

Mark Kenber, The Climate Group:  Chevrolet could have taken an easy option to just buy $40M worth of forest credits from the U.S. market. But they realized that they are fundamentally an energy company and so they went the extra mile and pioneered the new energy efficiency methodology and empowered campuses’ efficiency.

Dave Barbier, University of Wisconsin – Stevens Point: Universities had never before been able to earn funding from their carbon reductions from the carbon market to channel new capital into our energy efficiency projects. But this is now an innovative pathway all universities can follow to blaze this same trail.

Why is this strategic for college campuses?

Dave Barbier: Chevrolet’s carbon credit funding transforms what we can achieve at UWSP.  My office’s budget is $16,000 a year; after certification and intern costs, I have about $6,000 left to drive change. Chevrolet’s revenues transform this picture: We’re investing now in state-of-the-art residential wind turbines that are not only a visible symbol of our GHG reduction progress, but will also anchor students’ research to help our community learn which installations will work best on their buildings too.

Andy Stevenson, formerly of Citadel LLC: The business case behind Chevrolet innovations are impressive for campuses: We could see up to a 2.5 percent increase in return on investment.  This can really move the needle for campuses’ efficiency investments to get them off the drawing board and onto the “get it done now” list.

Art Frazier, Spelman College: Right: I’m telling all my colleagues on other campuses that this is a groundbreaking new way to advance their sustainability goals.

Tim Carter: As a result, for universities, carbon credits like Chevrolet’s provide funding to get energy goals done faster and quicker – so that they can bring forward the timeline to achieve carbon neutrality. If you can earn funding through your own good work in reducing GHGs, this gives you the ability to accelerate your progress.

What implications does Chevrolet’s leadership hold more broadly for the U.S.?

Tim Carter: Look, the majority of our U.S. emissions are energy based. But in 2010 there were no energy efficiency based investments available for purchase that anyone could make in the U.S. carbon market.

Resham Shirsat, Valencia College: Right. It’s vital that as an energy company Chevrolet focused on energy-based credits and leadership – so many companies just shy away from their largest impacts thinking it will draw attention negatively.  But the opposite is true.

Eban Goodstein, Bard College: If we’re serious about keeping global warming to a 2 degree rise, we need Chevrolet’s kind of leadership that has broad applicability far beyond their own operations or supply chain or their first dozen campus projects. Chevrolet created an entirely new avenue – a new source of capital from the U.S. voluntary carbon markets – to support serious carbon reductions at all qualifying universities across the entire U.S.

Tim Carter: For me, what’s truly remarkable here is the legacy that Chevrolet has created. I think we can scale Chevrolet’s successful program, expanding it exponentially.  We’re taking Chevrolet’s legacy forward at Second Nature because university presidents are itching for innovative, paradigm-shifting initiatives like this one.

Mark Kenber: President Obama just announced for the U.S., as “openers” for the Paris/COP Summit, that his government agencies will deliver on goals averaging 2.35 percent annual reductions during 2008-2025. But top universities in the U.S. – like Chevrolet’s – have already been delivering more than a 5 percent annual average reduction in energy-based GHG emissions. So these results are stunning compared to the leadership targets that President Obama just announced for the U.S.

Campuses are havens of clean energy innovation and leadership in almost every major city in the U.S. Their leadership can be used to spur others within their community toward similarly challenging goals to up the pace of innovation in U.S. so that its performance can match those which campuses have already proved is possible.

Art Frazier: Right. So the Administration needs to step up its GHG reduction goals!

Where do you see the most compelling leadership emerging, and why?

Resham Shirsat: Voluntarily, businesses, nonprofits and communities are now collaborating to provide the leadership needed to secure our future – and governments need to wake up to this reality and emulate this.

Dave Barbier: The private market is showing the government what the people want because business has to be more responsive to their clients/customers…and that’s what you see happening here with Chevrolet.

So how do Chevrolet’s customers – especially millennials – view their actions?

Dave Barbier: If you really want to reach the millennial generation – and we see 2 to 3,000 of them through our doors every year before they move onto the workplace – don’t think that your advertisements are going to reach them. These are purely self-serving: There’s no higher purpose involved – and millennials see right through this. For a millennial, they’ll say: “show me you understand the bigger picture, your role in it – and partner with us like Chevrolet did, engaging with students in dialogue on #CleanEnergyU”.

Dennis Carlberg, Boston University: Right: With the #CleanEnergyU Twitter dialogue between students and clean energy leaders, Chevrolet smartly partnered with the community they were trying to reach, the millennials themselves — and asked the students how to convene the dialogue. This was nicely nimble for a large corporation and very empowering for our students. The results were stunning.  #CleanEnergyU was top trending several times this year and convened the only student-led workshop with other clean energy leaders at Climate Week NYC in 2015 – an idea the students originally floated in 2014.

Dave Barbier: Chevrolet engaged with students and empowered them to become the next generation of clean energy leaders. Now that’s a legacy that will be worth remembering.

Fast forward a decade from now, how will you look back on this collaboration?

Tim Carter: Chevy proved that it’s not only possible to change the rules of the game but it’s a necessary outcome – and one which only radical collaborations like this one can actually deliver.  Chevy’s success with campuses now gives us the confidence to experiment, to tackle another game-changing challenge; and the relationship experience to recognize that we are not limited by who or how we can work to achieve such change together.

Roxane Beigel-Coryell, Southern Oregon University: We need to innovate. We need to take those risks to partner and build new initiatives like ours with Chevrolet to build a better future. It’s going to require sectors partnering radically together in this way and putting our necks out on the line in ventures that may or may not work. But we have to try since business-as-usual won’t create the future we need to secure.

Sue Hall is the CEO of the Climate Neutral Business Network 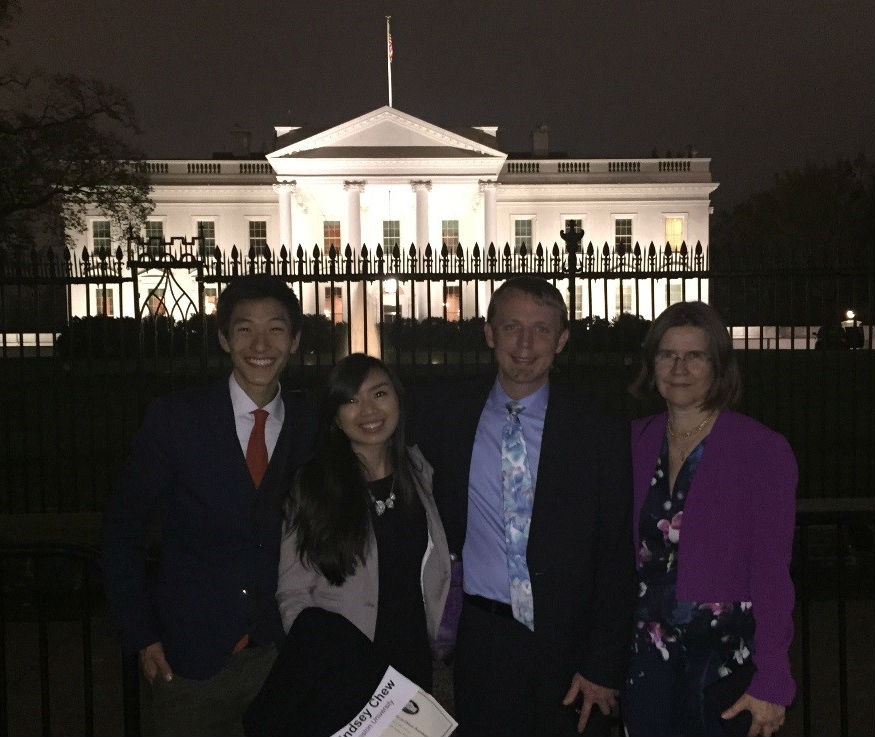