Meet the Panelists of Giving Under The Influence: Tom Watson

Tom Watson is the president and founder of CauseWired, a consulting firm advising clients on the social commons: nonprofits, foundations and companies. As a journalist, author, and consultant, Tom has worked at the confluence of media technology and social change for more than 20 years.

Tom contributes the Social Ventures blog to Forbes and is the author of CauseWired: Plugging In, Getting Involved, Changing the World (Wiley, 2008) a best-selling book that chronicled the rise of online social activism. He serves as an adjunct instructor in the master’s program of New York University’s Heyman Center for Philanthropy and Fundraising.

As a consultant over the last decade, Tom has worked with many clients in strategic planning, case development, communications, branding development and marketing, as well as fundraising and development planning.

During his long career as a journalist, Tom has written for The New York Times, The Daily Beast, Salon, Huffington Post, techPresident.com, Social Edge, Industry Standard, Inside, Worth and Contribute magazines, among many other publications. He speaks frequently on social causes, nonprofits, and digital democracy at such venues as the Clinton Global Initiative, Global Philanthropy Forum, Conrad N. Hilton Humanitarian Symposium, Skoll World Forum, MIT Enterprise Forum, Conference Board, the Forum on Philanthropy, Association of Fundraising Professionals, Association for Healthcare Philanthropy, and the American Bar Association as well as in university settings, including Harvard Business School, Columbia Business School, New York University, Syracuse University, and City University London.

We recently caught up with Tom and asked him a couple questions, which he and other panelists will discuss in greater detail at the Giving Under The Influence Symposium:

Q: Why is the ‘Overhead Myth’ important to companies?

A: I think companies buy into the ratio argument because they're seeking safety. They want their giving and corporate involvement to focus on safe causes, brand names, and charities that can provide numbers that look good to the kind of people who glance at them. In most cases, but not all, they're not as interested in real depth and collective impact - to me, that's the next great frontier for corporate philanthropy and engagement: working with a multitude of charities, social entrepreneurs, and other actors to aim at broader measurable impact. It's moving beyond safety and the charitable stamp of approval and - if we're honest - into an area that's well beyond corporate performance on the bottom line as well.

Q: How can companies and charities align to have impact?

A: I think the onus is on the companies here. Charities in the past decade or more have shown that they're more than willing to work within coalitions, to embrace partnerships, to even consider mergers and collective impact initiatives, to solve social problems - from hunger to lagging education to disease and poverty, both in the U.S. and abroad. But companies are a decade behind the cutting edge in social change movements, and they need to catch up. For their shareholders? No, probably not. For their C-suite leadership? Not really. For their marketing and reputation? Getting warmer but that's not entirely it. For their employees and future workforces and talent base? Yes. For that. Employees today - the ambitious ones - are empowered by information and too smart merely to accept the feel good, pat on the head, gave at the office programs alone. The best and brightest think they can solve problems...and maybe they can!

On April 24, Tom Watson will share more insights regarding those questions and will join other panelists in examining the connection between corporate giving, employee engagement and investing in charitable performance and impact from the perspective of charities.  Additionally, America’s Charities will release its latest research - Snapshot 2014 - giving event attendees exclusive insights around the best ways for companies and their employees to engage with charities and have the most impact.

>>Register Now for Giving Under The Influence 2014 and learn more about the other panelists. 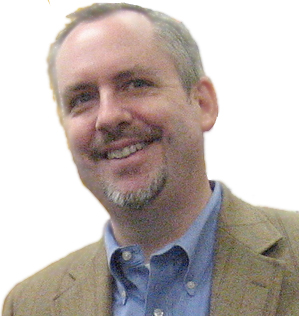 How Employee Volunteer Programs are Changing in 2020
Jul 20, 2020 10:30 AM ET
Make a Difference & Support Veterans: Recycle Your Razors and Packaging for a Chance to Win a Playground* for a Military Medical Center
Jul 1, 2020 3:55 PM ET
Do Something Amazing: Celebrate and Support Families in the United States with This Limited Time Matching Gift Opportunity
Jul 1, 2020 3:25 PM ET
VA Fisher Houses Open Doors to Healthcare Workers in COVID-19 Push
Jun 22, 2020 11:05 AM ET
Celebrating Juneteenth, Supporting #BlackLivesMatter, and Continuing to Work in Solidarity for Racial Justice, Equality, and Equity
Jun 19, 2020 4:25 PM ET