On June 8th, we celebrate World Oceans Day. It is an important occasion for everyone because oceans create many of the elements we need to survive. Everything from seafood delicacies to medicine ingredients – it all comes from the deep blue. Similar to our forests, oceans are fundamental to all living things and they are endangered.  Rising temperatures and acidification threaten to change our oceans forever.

Did you know that the ocean is a vital part of the carbon cycle and plays an important role in managing our CO2? It’s true! With waves and turbulence,  air and water mix and a chemical reaction of CO2 with water occurs. This reaction breaks down CO2 and forms carbonic acid. It is the main way oceans reduce CO2 in the air. Alternatively, the microorganisms can break down CO2 and export the elements from the upper part of the water to the sediment below. In fact, oceans hold more carbon than our atmosphere, and marine plants provide at least half the oxygen we breathe. Now that’s something worth preserving.

CO2 pollution is changing the ocean.

Because oceans sequester so much CO2 from polluted air, the chemistry of seawater is changing. Whenever the amount of CO2 increases in the air, more gas diffuses into the water as nature strives to balance the concentration. When too much CO2 reacts with water, it changes the chemistry of the seawater and makes it more acidic. This process is called ocean acidification.

The acceleration of ocean acidification is affecting the ability of creatures to grow their skeletons by reducing the calcium carbonate minerals in the water. They are the building blocks for skeletons and shells of many marine organisms, such as corals and shellfish. The sea creatures need these minerals to survive.  As people continue to pollute the atmosphere with more CO2, ocean acidification is likely to increase and threaten more species. This World Oceans Day, find out what your carbon footprint is and help the oceans by reducing your carbon emissions.

Together rivers and oceans make up one of the largest natural carbon-capturing systems on our planet.  Globally, rivers transport 200 million tons of carbon to our oceans every year. In theory, that is equivalent to the amount of CO2 emissions created by  2,647,604 tanker trucks in a year while on the road!

As plants and animals (that eat the plants) die, they decay and release carbon, adding more CO2 into the atmosphere.  However, some of the decay and debris end up in rivers and streams, which offers long-term carbon storage by transporting organic material to the ocean floor, where it is buried for millions of years. Unlike CO2 sequestered from the atmosphere, most organic carbon captured in rivers does not form an acid nor does it contribute to ocean acidification when it reaches the sea.

Experts are voicing concerns about factors threatening our waterways, causing them to dry up and  altering the natural order of things.  According to the World Wildlife Fund there are three main driving forces:

If rivers stop flowing to the ocean, it would leave the debris decaying on the ground rather than being stored in the ocean floor. This means more CO2 would be released into the atmosphere and contribute to climate change!

We are starting to see this happening even today. The Amazon river levels are dramatically  lowering and smaller rivers and streams that feed into it, like Rio Negro are drying up.  Scientists claim that the Amazon will eventually be the “carbon emitter” rather than the “carbon sinker”. Back in 2011 it was said that the Amazon released as much carbon into the air as the entire United States in one year.  Another example is the Colorado River, which used to reach the sea, now runs out of water about 70 miles before the old joining point. A growing coalition of advocates, including Bonneville Environmental Foundation (BEF)  and National Geographic, are working to restore many of the waterways in Colorado and elsewhere, in hopes of regenerating important ecosystems along the way.

We should give thanks to our rivers and oceans for keeping our environment in balance and take steps to preserve them. As human population increases the CO2 output, it is disrupting the balance. Each of us has a personal responsibility to protect our oceans.  Calculate your carbon footprint and think of ways to reduce it. Continue to follow the blog and we’ll help you cut your emissions with the Summer Carbon Slimdown Challenge!

Remember, keeping oceans healthy keeps us healthy.  This year, take a moment to really think about how you can contribute to a healthy ocean. Do you have any plans to celebrate World Oceans Days? Check out our Twitter, where we will be posting some ideas for celebrating our oceans.  We would love to see pictures from your event or your favorite ocean view on our Facebook. 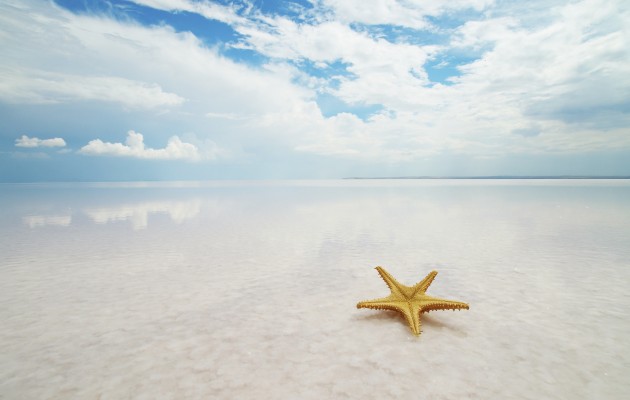