“Southwest Airlines has always been dedicated to making a positive difference in the communities we serve.  We are excited to participate in this special day of giving in addition to our ongoing community outreach efforts,” said Linda Rutherford, Southwest Airlines’ Vice President of Communication & Outreach. “#GivingTuesday is a great opportunity to join a worldwide movement that brings people together for one common purpose: to give back.  This is a great way for Southwest to raise awareness for these nonprofit organizations and empower them with the resources they need to achieve their missions.”

In the airline’s first year to participate in #GivingTuesday, the company will give $2,500 each to the following 10 nonprofit organizations:

To learn more about Southwest Airlines’ commitment to the community, please visit southwest.com/citizenship.

Based on the U.S. Department of Transportation’s most recent data, Southwest Airlines is the nation's largest carrier in terms of originating domestic passengers boarded. The Company operates the largest fleet of Boeing aircraft in the world, a majority of which are equipped with satellite-based WiFi connectivity while over the United States that enables video-on-demand and a free, live TV offering of 13 channels compliments of DISH.  Bags Fly Free® at Southwest Airlines (first and second checked pieces of luggage, size and weight limits apply), and there are never change fees, although fare differences might apply. In September 2014, the airline proudly unveiled Heart, a new aircraft livery, airport experience, and logo, showcasing the dedication of Southwest Employees to connect Customers with what’s important in their lives.

Book Southwest Airlines' low fares online at southwest.com or by phone at 800-I-FLY-SWA.

ABOUT #GivingTuesday
December 2, 2014, follows the widely recognized shopping events Black Friday and Cyber Monday, kicking off the holiday giving season with a global day dedicated to charitable giving, harnessing the power of social media and the generosity of people around the world to bring about real change in their communities.  Now in its third year, #GivingTuesday is a worldwide movement that celebrates the power of giving in all its forms.  This effort harnesses the collective power of a unique blend of partners – charities, families, businesses and individuals – to transform how people think about, talk about and participate in the giving season.  #GivingTuesday inspires people to take collaborative action to improve their local communities, give back in better, smarter ways to the charities and causes they celebrate and help create a better world. #GivingTuesday harnesses the power of social media to create a global moment that is dedicated to giving around the world.  #GivingTuesday was founded by 92nd Street Y and is spearheaded in tandem with the support of the United Nations Foundation. A team of recognized experts and influencers, initially convened by leaders of 92nd Street Y and the United Nations Foundation and supported by a core group of founding partners, originally spearheaded this effort. The founding partners in 2012 included Blackbaud, CECP, charity: water, GlobalGiving, Groupon, Kiva, Microsoft, Pvblic Foundation, (RED), and Unilever, United Nations Development Programme, among many others.

Multi-Media Assets and other Company news at swamedia.com 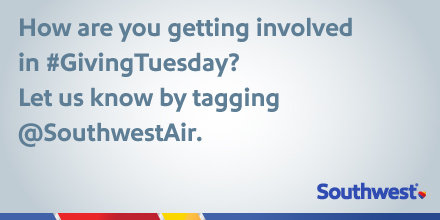