February 13, 2017 /3BL Media/ - Dutch Minister of Economic Affairs Henk Kamp, Eneco and Groningen Seaports today opened a facility which will supply steam from biomass to the chemical park at Delfzijl in the Netherlands – primarily for AkzoNobel’s Specialty Chemicals site.

Eneco has converted its biomass plant into a combined heat and power (CHP) plant, which provides both electricity and steam from renewable biomass. The steam is transported via a pipeline constructed by Groningen Seaports.

The conversion has increased the efficiency of the Netherlands’ largest biomass plant – the same amount of biomass now produces twice as much renewable energy. The transition from fossil fuels to sustainably-produced steam means an additional 10 percent of AkzoNobel’s energy consumption in the Netherlands now comes from renewable sources, resulting in a reduction of 100,000 tons of CO2 emissions per year.

Minister Kamp said: "The North of the Netherlands is leading the way in the transition to sustainable energy. The Northern provinces and municipalities were the first to have a plan for implementing the Dutch Energy Agreement. The chemical park in Delfzijl is underlining these ambitions by switching to sustainably produced steam. By doing this, the parties involved are not only investing in energy reduction and lower CO2 emissions, they are also contributing to the regional economy by enabling the sustainable growth of the chemical cluster.”

Around 10 percent of total Dutch chemical production comes from Delfzijl and the industry is a major employer in the region. The project is further improving the long-term competitiveness of the cluster of chemical companies at the site. The three parties have jointly invested around €40 million in the project.

Eneco’s biomass plant processes around 300,000 tons of timber each year scrapped from demolition projects and waste to produce sustainable electricity and steam. AkzoNobel was already a significant consumer of electricity produced by the plant.

Groningen Seaports has built the required infrastructure to bring the steam to the chemical park, including the steam piping, which is also accessible to third parties. This makes the site more attractive for (future) factories, which will need steam for their production and supports the sustainable development of regional industries.

Eneco has entered into a 12-year contract with AkzoNobel for the supply of bio-steam. In addition, AkzoNobel will invest in the required infrastructure at the chemical park, offering continuity in the provision of a vital utility for other chemical companies at the location.

A video on the new bio-steam facility with additional facts is available here.

About AkzoNobel
AkzoNobel creates everyday essentials to make people's lives more liveable and inspiring. As a leading global paints and coatings company and a major producer of specialty chemicals, we supply essential ingredients, essential protection and essential color to industries and consumers worldwide. Backed by a pioneering heritage, our innovative products and sustainable technologies are designed to meet the growing demands of our fast-changing planet, while making life easier. Headquartered in Amsterdam, the Netherlands, we have approximately 45,000 people in around 80 countries, while our portfolio includes well-known brands such as Dulux, Sikkens, International, Interpon and Eka. Consistently ranked as a leader in sustainability, we are dedicated to energizing cities and communities while creating a protected, colorful world where life is improved by what we do. 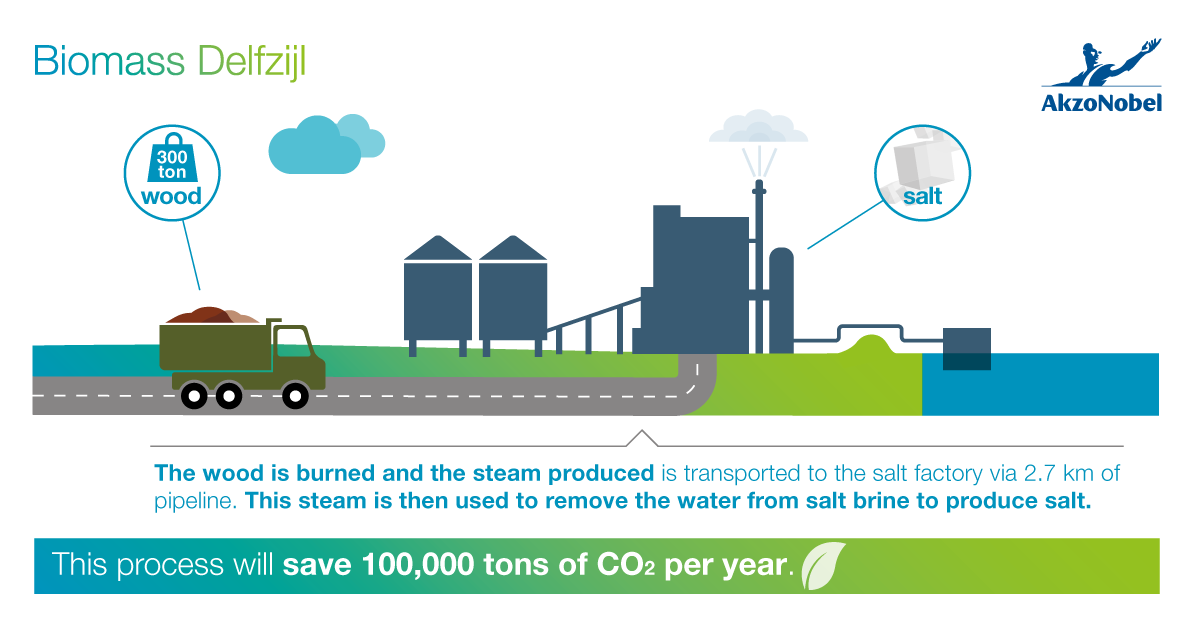