As part of its annual Corporate Responsibility Month initiative to engage employees in community activities, the Bacardi team of volunteers came out with their sleeves rolled up, ready to plant 20 mahogany and oak trees at Amelia Earhart Park in Hialeah, Florida.

“Giving back to the community is a part of Bacardi’s DNA. This is something we’ve always done going back to our founding in Cuba in 1862 and we continue this legacy with what we do out in the communities where we live and work,” says Ed Knutel, commercial planning and activation manager, for Bacardi in the United States.

“What we are doing here with Bacardi is not just about pretty aesthetics, it’s about community well-being, environmental justice and human and ecological health,” said Ian Leahy, director of Urban Forest Programs, with American Forests. “There is a lot of science that shows the positive health impacts from planting trees in local communities.”

“What Bacardi employees are doing in South Florida is an example of how a few people can make a huge difference in a community,” adds Patrice Gillespie Smith, manager, Million Trees Miami. “Miami-Dade’s trees remove nearly 5,500 tons of carbon from the air each year, improving air quality. Trees can also add up to 15% to the value of your home by making neighborhoods more attractive, quieter and cooler.”

To learn more about Bacardi Limited and its “Good Spirited: Building a Sustainable Future” environmental initiative for sourcing, packaging and operational efficiencies across the entire Bacardi family of premium spirits and wine brands, visit http://www.bacardilimited.com/good-spirited.

About American Forests
American Forests restores and protects urban and rural forests. Founded in 1875, the first national nonprofit conservation organization in the country has served as a catalyst for many key milestones in the conservation movement, including the founding of the U.S. Forest Service, the national forest and national park systems as well as leading literally thousands of forest ecosystem restoration projects and public education efforts. Working in forests in all 50 states and in nearly 50 countries, American Forests planted its 50 millionth tree last year. The impact has resulted in cleaner air and drinking water, restored habitat for wildlife and fish, and the removal of millions of tons of carbon dioxide from the atmosphere. www.americanforests.org

About Million Trees Miami
Million Trees Miami is a community-wide effort to plant one million trees by 2020 in order to achieve a 30% tree canopy cover for Miami-Dade County. The campaign was developed by the Miami-Dade Neat Streets Miami Board and was born of the idea that a healthy and sustainable urban forest provides significant social, economic, and environmental benefits that fosters a high quality, livable, vibrant, and beautiful community. http://milliontrees.miamidade.gov

ENJOY RESPONSIBLY.
© 2016 BACARDI
BACARDI, THE BAT DEVICE AND OTHER MARKS OF THE BACARDI GROUP PRODUCTS ARE TRADEMARKS OF BACARDI & COMPANY LIMITED OR OF OTHER SUBSIDIARIES OF BACARDI LIMITED. 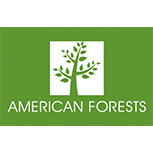