Bacardi Installs Bat Caves at Bottling Plant to Save Bats

Within just a few months, the habitats – branded bat caves – will be full of tenants. Together, the organizations are working hard to fight the devastation of habitat depletion that has occurred for bats, the world’s only flying mammals.

“Conservation and sustainability have been a part of who Bacardi has been since the very beginning nearly 155 years ago. We’ve now come full-circle with these bat caves as we live out this legacy,” says Julio Torruella, global environment director for Bacardi, about the new bat houses installed at the Bacardi Bottling Corporation campus. The facility, part of the Bacardi group of companies, bottles all BACARDÍ spirits consumed in the U.S. and has received international recognition for its contributions to wildlife habitat conservation and education by the Wildlife Habitat Council.

The wooden bat caves, which stand 20-feet off the ground, are engraved with both the BACARDÍ and Lubee Bat Conservancy logos. The mutual goal between the two organizations is to preserve and provide crucial habitats for the local bat population to help maintain the community’s natural wetlands, farming, and forest areas. In fact, the Bacardi wildlife team consists of 11 employees who volunteer to manage 21 acres of wildlife habitat as part of a Wildlife at Work program that has been certified by the Wildlife Habitat Council since 2013. Several of these Bacardi employees, as well as several Lubee Bat Conservancy employees, worked together on this project.

“Monitoring of the bat houses will be conducted in a responsible manner, so we do not disturb the bats as they take residence in the new shelters,” says Brian Pope, director of Lubee Bat Conservancy. “For this reason, we don’t have cameras inside the shelters. Acoustic surveys conducted in late spring recorded 716 identifiable calls revealing four bat species on the Bacardi property.”

The three bat caves hold up to a total of 500 bats. The two single-chambered bat caves can house between 50-100 bats, and the one triple-chambered cave can hold between 200-300 bats. In just a short few months, the shelters will likely be active with many local bats.

The bat has always been more than just a logo for Bacardi—it’s an ecological partner and a metaphor for the iconic rum brand that touts, “We Are the Night.” Bacardi support for bats goes back to its founding in 1862 when Doña Amalia Bacardí, the founder’s wife, spotted a colony of fruit bats in the rafters of the first Bacardi distillery in Santiago de Cuba. In Spain, where the Bacardí family emigrated from, and with the native Taíno Indians in their new homeland of Cuba, bats symbolized good health, family unity and good fortune, so the Bacardi founder made sure the bats remained in the distillery and became identified with his rum. The Bacardi creation became known by the Cuban people as “el Ron del Murciélago” or “the Rum of the Bat.” Today, the Bacardi bat device still proudly graces every bottle of BACARDÍ rum, as it continues to inspire new “outside-the-bat-box” conservation and sustainability directives beyond the company’s literal and figurative walls.

The Bacardí family’s long-term involvement with bat research, education and conservation is also reflected in the work of the non-profit Lubee Bat Conservancy to protect biological diversity through the conservation of bats and their habitats.

Just in time for Halloween, the number of bats at the facility, which include the Mexican free-tailed, Evening bat, Tricolored and Eastern red bats, is expected to grow as the fall season advances, colder weather creeps in and breeding groups start to form. All of the species, except the Eastern red bats, will roost in the bat houses.  Although bats are nocturnal, they can be heard vocalizing during the day. Bats are extremely social and will spend considerable time grooming and communicating with others in their colony.  At night, these aerial acrobats use echolocation to navigate and find insect prey, many species of which are agricultural pests.  Although most bat species use echolocation, they can see very well. All Florida bat species are insectivorous and provide essential ecological and economic services.

“Bats are vital to the health of natural ecosystems and human economies, so preservation of their habitats makes great sense with regard to sustainability,” adds Torruella. “We work just as hard to find ways to preserve habitats and protect species as we do to reduce energy consumption and conduct business sustainably.”

Rural and residential areas surround the 92-acre Bacardi facility, which includes on-site habitats such as wetlands, forest, and grasslands that have been replanted with native species of plants and flowers.

Bacardi began tracking its global impact on the environment in 2006. Building on current programs and efficiencies that reduce its environmental impacts, Bacardi executes its “Good Spirited” sustainability program under specific goals in three areas to help the Company reach its vision of a net zero impact in responsible sourcing, global packaging and operational efficiencies.

To learn more about Bacardi Limited and its “Good Spirited: Building a Sustainable Future” environmental initiative across the entire Bacardi family of premium spirits and wine brands, visit http://www.bacardilimited.com/good-spirited.

Founded 154 years ago in Santiago de Cuba on February 4, 1862, family-owned Bacardi manufactures its brands at 29 facilities and sells in more than 160 countries. Bacardi Limited refers to the Bacardi group of companies, including Bacardi International Limited.  www.BacardiLimited.com

About Lubee Bat Conservancy
Lubee Bat Conservancy (originally named the Lubee Foundation) is an international non-profit organization dedicated to saving bats and their habitats through research, conservation, and education, with a focus on children and community engagement. Lubee Bat Conservancy was founded in 1989 by the late Luis F. Bacardi who had a strong passion for endangered wildlife, particularly bats. http://lubee.org/

ENJOY RESPONSIBLY.
© 2016 BACARDI
BACARDI, THE BAT DEVICE AND OTHER MARKS ARE TRADEMARKS OF BACARDI & COMPANY LIMITED OR OF OTHER SUBSIDIARIES OF BACARDI LIMITED. 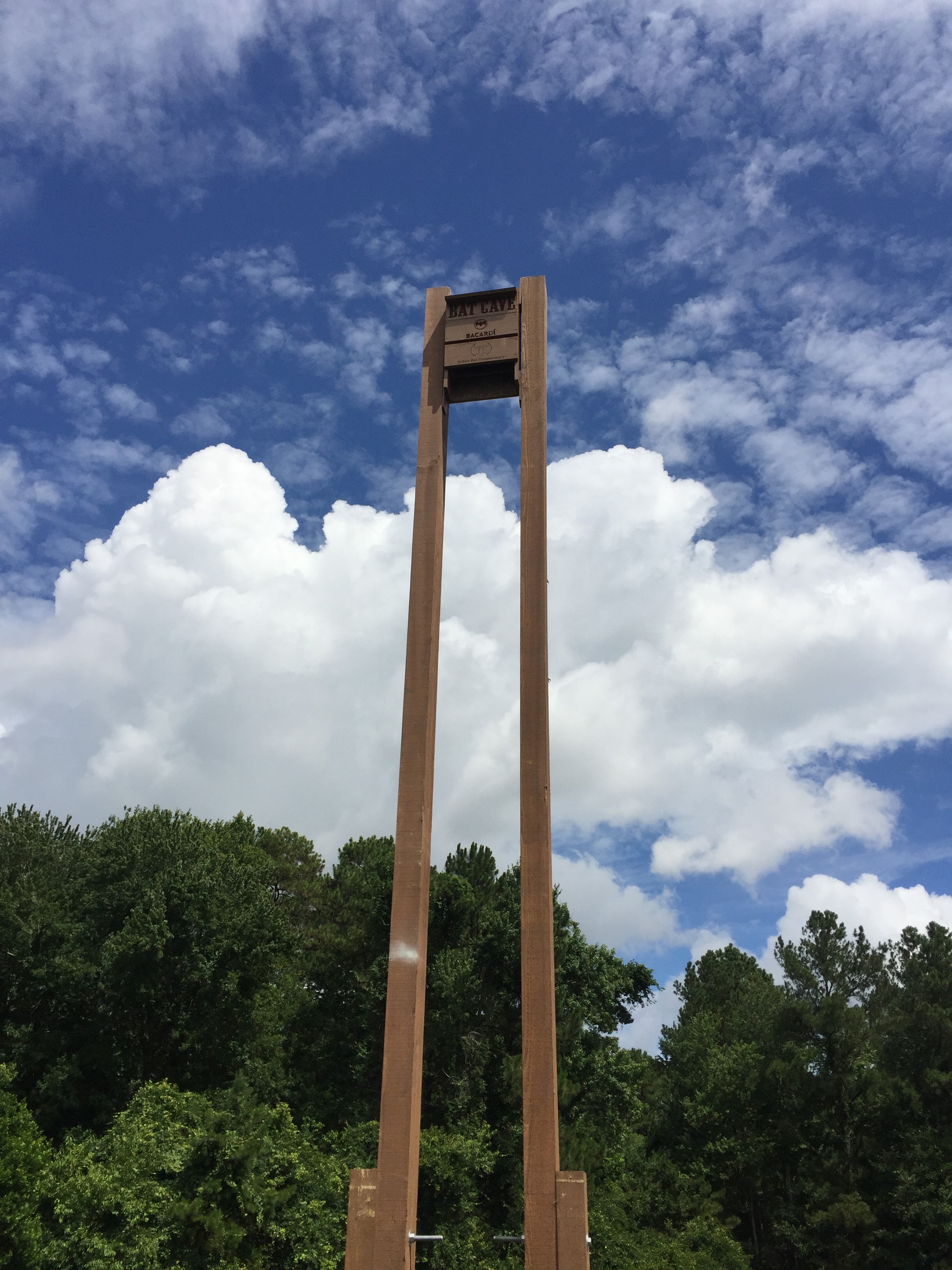