National Education Program from Toyota and Cincinnati Children’s Continues to Have a Measurable Impact in Improving Children’s Safety; Expands to Ann Arbor, MI and New Haven, CT
Sep 21, 2015 9:10 AM ET
Tweet This:
.@Toyota shares vital safety education for child car seat best practices http://3bl.me/qcq9f6
Press Release
NEW YORK, Sept. 21, 2015 /3BL Media/ –  It’s no secret that driving with small children can be full of challenges – from battles over whose turn it is to pick the music to making sure you’re fully stocked with snacks and supplies. But one thing that should not be a puzzle is how to keep them safe. That’s why Buckle Up for Life, the national education program from Toyota and Cincinnati Children’s, is sharing the top five myths and facts on car seats.“We know from our work with thousands of families across the country over the past decade that car seats can be frustrating.  In fact, an alarming three out of four are not installed properly,” said Gloria del Castillo, child passenger safety expert at Cincinnati Children’s and national program manager for Buckle Up for Life.   Del Castillo continued, “Working closely with leading children’s hospitals across the country, Buckle Up for Life shares vital safety education with parents and caregivers.  It is our hope that by doing this – including our latest campaign to dispel some very common myths – we can continue to make a difference in saving children’s lives.”Buckle Up For Life presents the top five prevailing myths of car seats – and the real facts behind them – to help better protect young passengers.1.MYTH: Used car seats are always okay.FACT: Car seats have expiration dates.Hand-me-downs may be convenient, but when it comes to car seats, they’re not worth the risk. If the seat has been through a crash, it may be compromised. Additionally, the plastic can degrade over time. If you do have a used car seat, know its history and check the expiration date, which can usually be found on a sticker affixed to the seat and on the registration card.2.MYTH: Older kids can sit in the front seat.FACT: Kids under 13 are safest in the back. Many think that once their children outgrow their car seats or booster seats, the front seat is fair game. However, the truth is that all children under age 13 are safest in the back seat. 3.MYTH: Seat belts alone protect small children.FACT: Children shorter than 4’9” need booster seats.Seat belts don’t properly fit young children and can ride up around their waists or necks, potentially causing injury during a crash. Children under 4’9” should sit in booster seats, which elevate them so that seat belts can protect them correctly.4.MYTH: A one year old can ride in a forward-facing car seat.FACT: Children should be rear-facing until age two. According to the American Academy of Pediatrics, children should remain in rear-facing car seats until age two, or until they exceed the height or weight limit for the car seat. According to a study by the University of Virginia, children under age two are 75 percent less likely to die or to be severely injured in a crash if they are rear-facing.5.MYTH: Expensive car seats are safer than others.FACT: All approved car seats are equally safe. All car seat manufacturers are required to meet the same performance standards issued by the National Highway Traffic Safety Administration. Some seats may be more expensive than others based on fabric, padding or other bells and whistles, but that doesn’t mean they are any safer.  Program Greatly Increased Rate of Children in Car Seats among Participants; Will Expand To Ann Arbor, MI and New Haven, CT During its 2014 –2015 program cycle, Buckle Up For Life reached more than one thousand families with critical passenger safety information through partnerships with local children’s hospitals and community organizations. Organizations that offered the program observed a marked improvement in members’ auto safety behaviors, including:

This fall, Buckle Up For Life will launch in two new cities:

“Toyota has always been deeply focused on helping families get places more safely,” said Latondra Newton, Toyota’s Group Vice President and Chief Social Innovation Officer. “That is why we are so proud of the impact we’ve had with Buckle Up for Life. Together with our partners at Cincinnati Children’s, we offer life-saving education and resources to families to better protect young passengers.”Toyota and Cincinnati Children’s Hospital Medical Center partnered in 2004 to create Buckle Up for Life, a national education program for families to help keep child passengers safe. The program teaches parents and children about the proper use of car seats and seat belts and provides free car seats to families in need. Through partnerships with the leading children’s hospitals in the country, Buckle Up For Life has reached more than 23,000 people in 14 cities. Toyota’s sponsorship has provided funding for over 40,000 car seats for families in need.

About Cincinnati Children’s Hospital Medical CenterCincinnati Children’s Hospital Medical Center ranks third in the nation among all Honor Roll hospitals in U.S. News & World Report’s 2015 Best Children’s Hospitals. It is also ranked in the top 10 for all 10 pediatric specialties. Cincinnati Children’s, a non-profit organization, is one of the top three recipients of pediatric research grants from the National Institutes of Health, and a research and teaching affiliate of the University of Cincinnati College of Medicine. The medical center is internationally recognized for improving child health and transforming delivery of care through fully integrated, globally recognized research, education and innovation. Additional information can be found at www.cincinnatichildrens.org. Connect on the Cincinnati Children’s blog, via Facebook and on Twitter.About ToyotaToyota (NYSE:TM), the world's top automaker and creator of the Prius, is committed to building vehicles for the way people live through our Toyota, Lexus and Scion brands. Over the past 50 years, we’ve built more than 25 million cars and trucks in North America, where we operate 14 manufacturing plants (10 in the U.S.) and directly employ more than 40,000 people (more than 32,000 in the U.S.). Our 1,800 North American dealerships (1,500 in the U.S.) sold more than 2.5 million cars and trucks (more than 2.2 million in the U.S.) in 2013 – and about 80 percent of all Toyota vehicles sold over the past 20 years are still on the road today.Toyota partners with philanthropic organizations across the country, with a focus on education, safety and the environment. As part of this commitment, we share the company’s extensive know-how garnered from building great cars and trucks to help community organizations and other nonprofits expand their ability to do good. For more information about Toyota, visit www.toyotanewsroom.com.
Amy Schultz
+1 (646) 805-2825
amy.schultz@finsbury.com
Health and Wellness
Business & Trade
Corporate Social Responsibility
Toyota
Ann Arbor
New Haven
BUCKLE UP FOR LIFE
safety
car seats 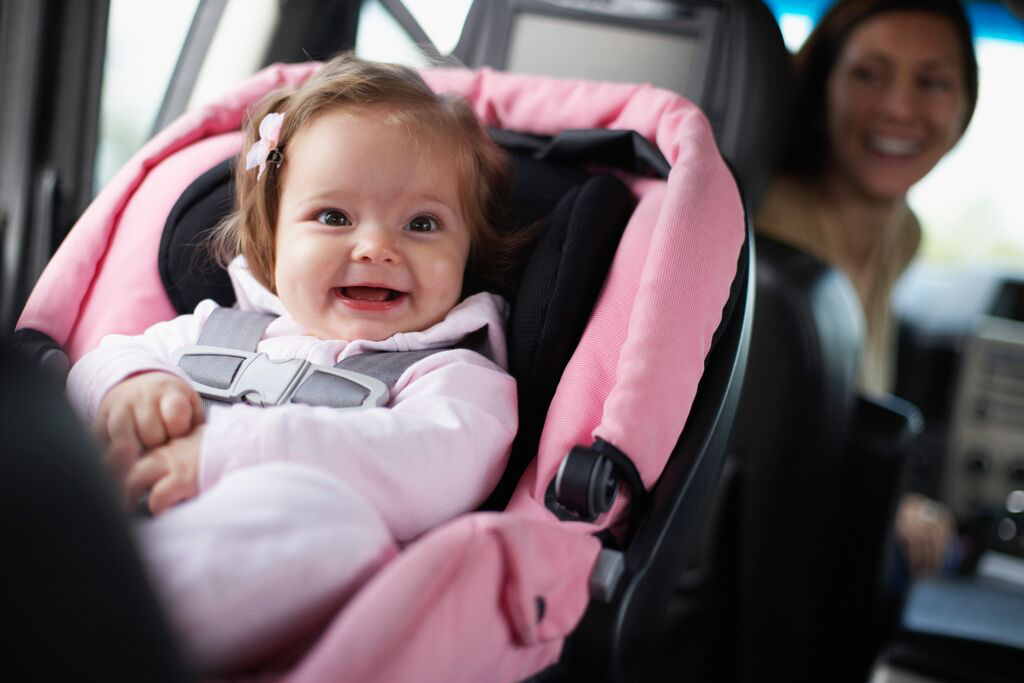