Introducing the World’s First Soap Made from Your Old Cocktails

42BELOW® vodka launches ‘Recycled Cocktail Lemons Eco Soap’ sustainability initiative to wash your hands and your conscience, one cocktail at a time
Jan 17, 2017 7:55 AM ET
Tweet This:
.@42Below Vodka Introduces World’s 1st Soap Made from #Cocktail Lemons http://bit.ly/2jBfOYV #recycle @BacardiLtdComms #GoodSpirited
Press Release

Hamilton, Bermuda, January 17, 2017 -- In case you haven’t noticed, the world today is pretty much buggered. Global warming. Deforestation. Disposable forks. Plastic straws. They’re wreaking havoc on our precious little planet, and if we continue to let this happen, we’re all dead. So the good people at 42BELOW® vodka have decided to launch their own kiwi planet-saving initiative and are introducing ‘42BELOW Recycled Cocktail Lemons Eco Soap.’ The world’s first soap made from recycled cocktail lemons, and probably the odd martini olive. It’s recycling, on a sociable scale.

So how does it work? 42BELOW has been busy signing up a number of bars across Australia and New Zealand and collecting their old, used lemons and fruit that was once the hero of your delicious cocktail. Following collection, the old lemons are sent to the 42BELOW top secret lab, ingeniously turned into liquid lemon soap and then sent straight back to the bars for free. With the initiative launching in early December 2016, they have already collected 400kgs of fruit waste which in turn has helped them create 20,000 sachets and 400 bottles of liquid soap. Or in drinks terms, 3,200 cocktails!

Why are they doing this? Because since 1998, 42BELOW has made the purest vodka on the planet. They reckon that if anyone sullies our beloved paradise called Earth with their filthy pollution, it’ll be that bit harder to create such a pure tipple. And our kiwi brethren don’t want that.

In August, 42BELOW hosted the Cocktail Earth Cup, where bartenders designed delicious eco-friendly, zero-waste drinks. They then partnered with Junkee Media and got Aussie’s brightest young minds (the Kiwis were busy) to come up with innovative ways to keep our planet pure. And now, with ‘42BELOW Recycled Cocktail Lemons Eco Soap’ this is their third planet-saving initiative in as many months.

The crew at Sydney’s Stitch (part of House of Pocket) couldn’t wait to jump on board the Lemon Soap bandwagon.

“We signed up to the eco soap initiative because it’s a simple idea which is easy to execute and great for the environment - really, the question should be why wouldn’t we,” says Christophe Lehoux, Art & Drinks Director, for House of Pocket. “We actually do make a concerted effort to use as much of the fruit as possible - if not in the drink, then as a garnish - but if you count un-eaten garnishes I guess we would normally throw out a fair bit.”

“To be honest, 42BELOW has made it incredibly easy. They provided the bags, they come and pick it up, then they bring the soap - we just need to put scraps aside. As for savings, since starting the program in the last couple of weeks, we have we have saved on buying at least 25L of soap. The nice thing about this initiative is the customers get to experience it as well. Every customer goes to the bathroom at least once while they’re in the venue, so they can see the poster which explains it all and then use the actual soap - it’s really visual and practical,” concludes Lehoux.

With the ‘Recycled Cocktail Lemons Eco Soap’ initiative in full swing, Australian drinkers can now wash their hands and their conscious at the same time. This can be done at the following bars across Australia:

This Must be The Place - 239 Oxford St, Darlinghurst 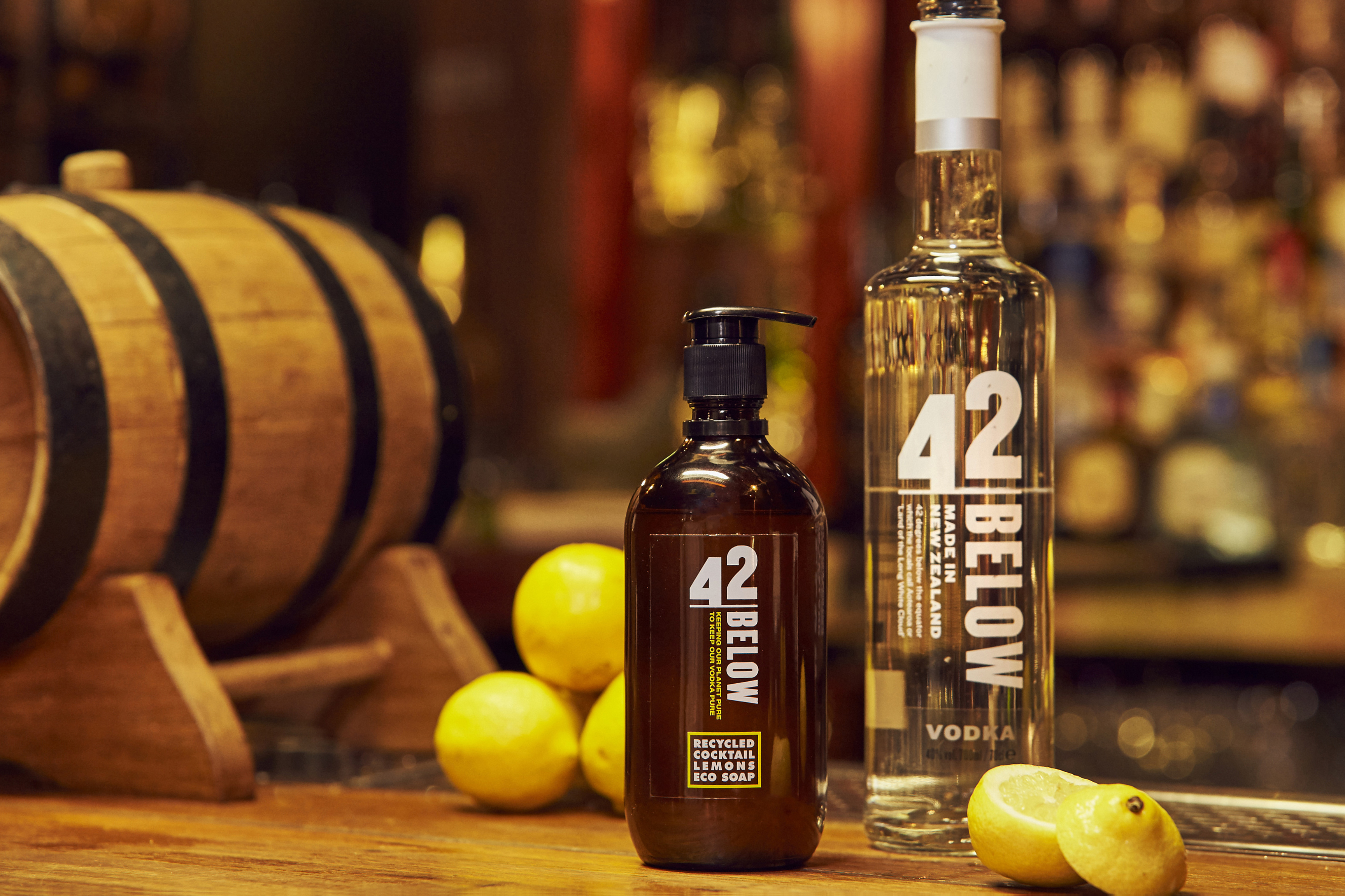 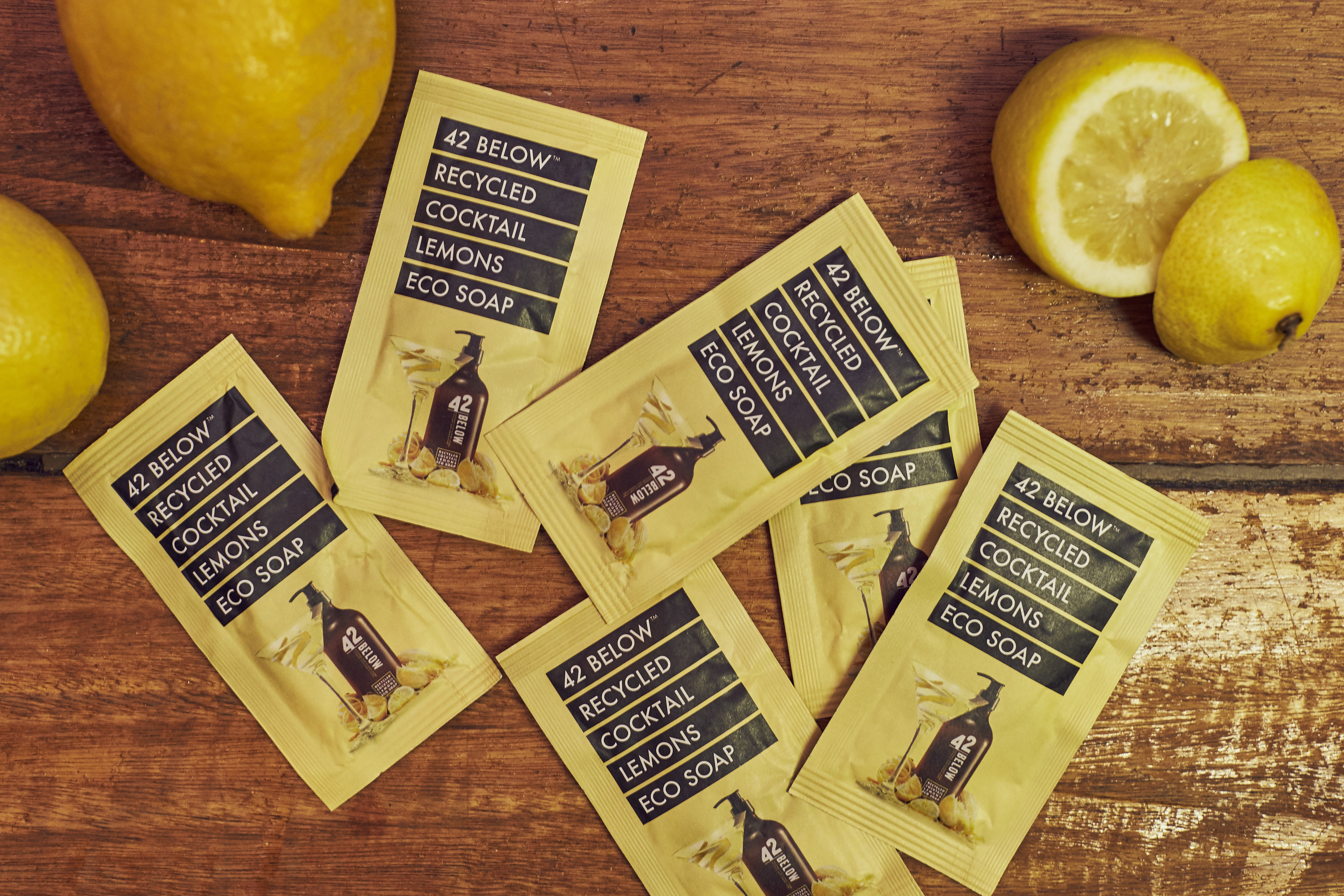