According to Paul Grimwood, Chairman and CEO, Nestlé USA, “Our food and beverages provide nutrition to people in 189 countries, and with this scale we have a powerful platform to contribute to better global health outcomes, including for heart health. We are committed to constantly improving the nutritional profile of our products, but we also recognize that effective solutions to public health challenges require broad, multi-stakeholder efforts. This is why we encourage our industry colleagues, along with others in both the private and public sector, to join forces and combine our varied expertise to help people move toward healthier eating patterns, including a diet lower in sodium.”

Nestlé is diligently implementing its sodium reduction efforts in accordance with the Nestlé Nutrition Profiling System and the Nestlé Nutritional Foundation criteria (NF)[1] to ensure the renovated foods and beverages deliver a stronger nutritional profile without compromising taste or food safety. Recipes are tested with consumer panels and at least 60 out of 100 of these people must prefer the Nestlé products over those of our competitors to ensure acceptance. Between 2005 and 2012, the company reduced sodium by 5,950 tons or 22.7% in its food portfolio. Since 2013, Nestlé has further reduced sodium content by 970 tons compared to 2012 levels, or 8% towards our objective of a 10% reduction by the end of 2016.

In the U.S., where Nestlé products are found in 97% of households, progress to-date in sodium reduction includes:

In line with its commitment to Good Food, Good Life®, Nestlé aims to lead industry efforts to help ensure people have access to the foods, beverages and information they need to make choices consistent with the latest sodium recommendations and other dietary guidance, such as the FDA’s draft sodium reduction targets.  This includes Nestlé Portion Guidance™, a voluntary initiative designed to bridge international dietary recommendations (e.g. in the form of food guides) and nutrition labelling regulations.

About Nestlé in the U.S.

Nestlé in the United States is committed to being a trusted leader in nutrition, health and wellness. Our diverse portfolio of food and beverage products provide nutritious options for every member of the family, including infants, toddlers, teens and adults, mature adults, and dogs and cats.  Nestlé in the U.S. consists of eight main businesses: Nestlé USA, Nestlé Waters North America, Nestlé Nutrition, Nestlé Professional, Nespresso, Nestlé Health Science, Nestlé Skin Health and Nestlé Purina PetCare Company. Together, these companies operate in more than 120 locations in 47 states and employ over 51,000 people. The United States is Nestlé S.A.’s largest market with combined product sales in the United States totaling more than $26 billion in 2015.

Nestlé is celebrating its 150th anniversary in 2016, and we’re commemorating our legacy by honoring our past and rich history, engaging the present with our customers and consumers and looking forward to the future with our commitment to Creating Shared Value and Nutrition, Health and Wellness. For more information, visit Nestleusa.com/csv or Facebook.com/NestleUSA.

[1] These criteria are based on the role of a food product in the diet, its intrinsic nutritional properties and dietary recommendations by international health authorities, including the WHO.

[2] According to international nutrition guidance (CODEX Alimentarius), acceptable levels of sodium for toddlers are 200mg of sodium for 100 grams of food product. CODEX Alimentarius is a set of internationally recognized food standards, guidelines and codes of practice regarding foods, food production and food safety.  It is the set of standards accepted by the United Nations and World Health Organization. 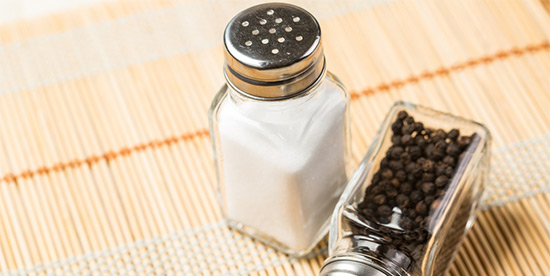