The evaluation showed the positive impact this innovative program has had in modernizing cocoa farming in Ghana, the second largest producer of cocoa in the world. CocoaLink is a breakthrough program created by Hershey, the Ghana Cocoa Board and the World Cocoa Foundation that recognizes the value public-private partnerships have in addressing the complex challenges of modernizing the West African cocoa sector.

The evaluation was conducted by an agricultural researcher from the Kwame Nkrumah University of Science and Technology in Ghana and compared CocoaLink users versus non-users in 15 Ghanaian cocoa villages.

The impact study showed statistically significant improvements for CocoaLink users in agricultural and social knowledge and practices, including:

Surveyed farmers also indicated they viewed the information provided by CocoaLink as trustworthy and practical.

“We are very pleased that this rigorous analysis of CocoaLink outcomes so clearly shows that high-impact, affordable technology improves farming, raises incomes and provides benefits to families and communities,” said Leslie Turner, Senior Vice President General Counsel and Secretary, The Hershey Company at the CocoaLink Stakeholders meeting in Accra today. “CocoaLink is a model of effective collaboration with the Ghana Cocoa Board and other private partners. It clearly shows how we can work together to build a better cocoa sector.”

Started in 2011, CocoaLink is a free, two-way information exchange where cocoa experts create text messages based on the cocoa-growing calendar. Farmers use their own mobile phones to register for weekly messages, reflecting the sweeping technological changes in rural Ghana. Since more than 90 percent of Ghanaian cocoa farmers regularly use mobile phones, CocoaLink provides timely messages on planting, pruning, fertilizer use, labor, and improving farmer and family safety.

Impact of Mobile Messaging on Cocoa Farming
The Impact Evaluation is one of the few studies to demonstrate the benefits of using mobile phones to improve agriculture in rural West Africa over a three year period. It was designed to understand how farmers using CocoaLink received and acted on information while also assessing cocoa yields at the start and conclusion of the project. Additionally, researchers surveyed farmers on social issues, malaria prevention, female education and income improvements.

“I made many improvements on my farm and I am today growing more cocoa on my farm than before I started with CocoaLink,” said a farmer in Assin Fosu in Ghana’s central region.

Turner continued, “Hershey is committed to working with the Cocoa Board and the cocoa industry to broaden the impact of CocoaLink. Our success shows that we can build a digital information network that engages current and emerging young cocoa farmers in building modern cocoa farms that will strengthen the cocoa sector and supply chain.”

For future improvements, the surveyed farmers expressed a preference for voice versus text messages, the ability to participate in conference calls with extension agents and a continued package of community support programs, including literacy training.

Hershey is committed to improving cocoa farming through its 21st Century Cocoa Strategy, which is helping to support Hershey’s goal of using 100 percent certified cocoa in all its global products by 2020. Hershey is already sourcing more than 18 percent of all cocoa it purchases globally from certified sources.

Hershey’s third CSR report, coming this spring, will highlight key elements of the 21st Century Cocoa Strategy, and provide perspectives from a program leader working on the ground in Ghana. The report will showcase her travels to CocoaLink communities and her conversations with cocoa farmers who have benefited from Hershey’s programs that support the modernization of cocoa farming in West Africa.

About The Hershey Company
The Hershey Company (NYSE: HSY) is the largest producer of quality chocolate in North America and a global leader in chocolate and sugar confectionery. Headquartered in Hershey, Pa., The Hershey Company has operations throughout the world and approximately 15,000 employees. With revenues of more than $7.1 billion, Hershey offers confectionery products under more than 80 brand names, including such iconic brands as Hershey's, Reese's, Hershey's Kisses, Hershey's Bliss, Hershey's Special Dark, Kit Kat, Twizzlers, Jolly Rancher and Ice Breakers.  The company is focused on growing its presence in key international markets such as China, Mexico and Brazil while continuing to build its competitive advantage in the United States and Canada.

For more than 100 years, The Hershey Company has been a leader in making a positive difference in the communities where its employees live, work and do business. Corporate Social Responsibility is an integral part of the company’s global business strategy, which includes goals and priorities focused on fair and ethical business dealings, environmental stewardship, fostering a desirable workplace for employees, and positively impacting society and local communities. Milton Hershey School, established in 1909 by the company's founder and funded by a trust administered by Hershey Trust Company, provides a quality education, housing, and medical care at no cost to children in social and financial need. Students of Milton Hershey School are direct beneficiaries of The Hershey Company's success. 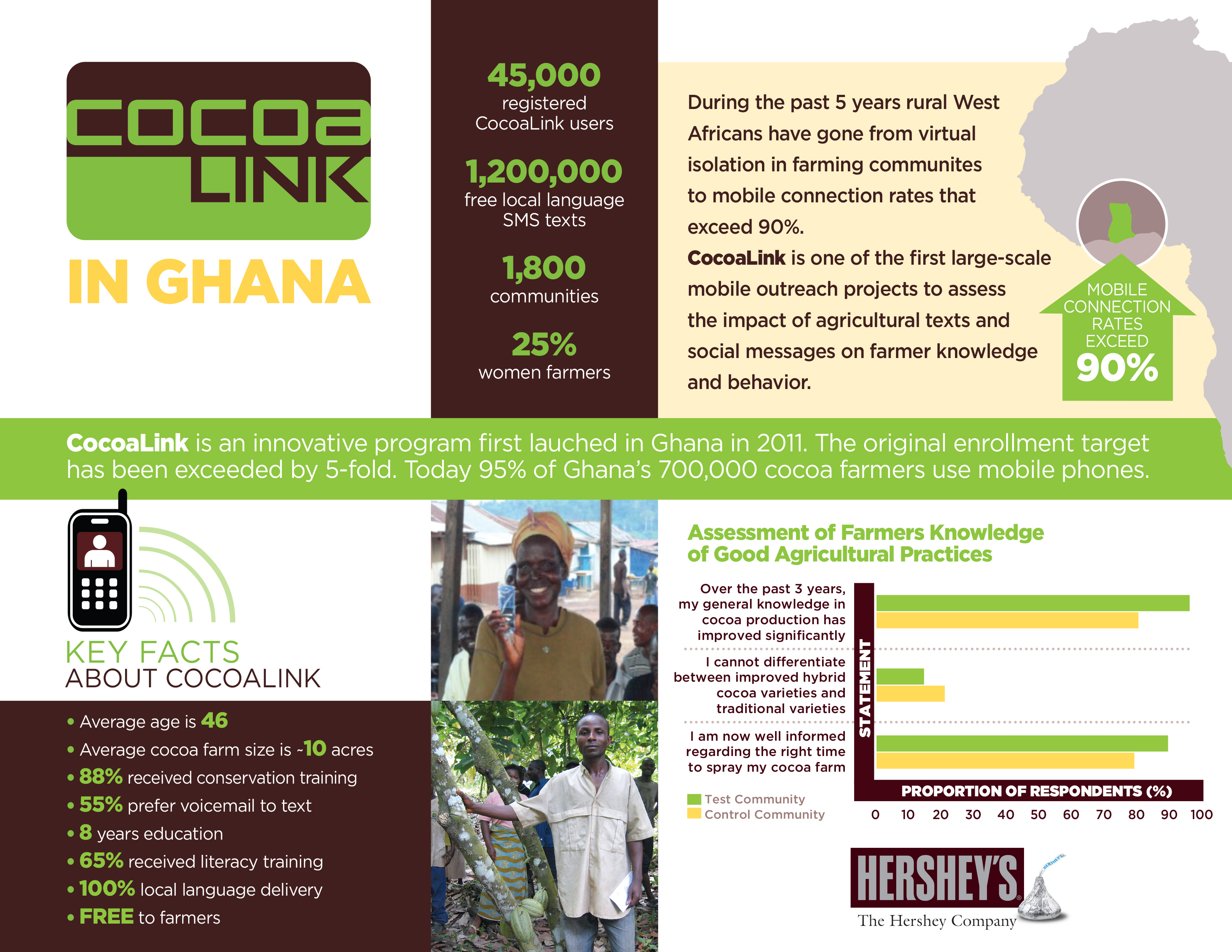 More from The Hershey Company