As part of its commitment to develop the next generation of artists and visionaries, 21st Century Fox distributed grants to 16 under-funded music programs at schools across the U.S. this fall. The effort kicked off last March to commemorate the end of FOX's groundbreaking music series Glee, which over the course of its six-season run sparked renewed interest and participation in school arts programs. Working with the Give a Note Foundation, a longtime partner of 21st Century Fox, the company organized grant presentation ceremonies at recipient schools, celebrating the faculty and staff that make these programs possible and giving the students the opportunity to showcase their talents. Since 2011, 21st Century Fox businesses have donated more than $1 million in grants to nearly 90 arts programs across the country.

"Glee has inspired us all to fight for what we believe in and has been truly influential in driving support for music and the arts in schools," said Jane Mell Balek, Chief Operating Officer, Give a Note Foundation. "We are proud to work with 21st Century Fox to honor the show's legacy with a new grant program that will allow us to reach even more schools across the country."

Over the summer, the company worked closely with the Give a Note Foundation to identify school music programs in Atlanta, Charlotte, Chicago, Detroit, Los Angeles, Minneapolis, Montana, New York, Orlando, Philadelphia, Houston, and Seattle. The grants gave a large boost to these programs, many of which have struggled for years to find adequate funding. In some cases, the grants served as the music budget for the entire school year, and others saved programs on the verge of getting cut completely.

"A lot of kids don't have that exposure to any kind of activity or fun or brightness in their life, and music gives that to them," said Stephanie Manuel, a teacher at University Park Create Arts School in North Carolina, a Title 1 school that received a grant providing the year's entire music budget. "We're going to use [the money] to start a recorder program, because music is not funded at the elementary level. I figure this will be a great way to get them started."

The initiative draws on the company's long history of releasing programming that celebrates the freedom of expression that music and the arts provide. "At Fox, we are incredibly proud of our support for shows like American Idol, So You Think You Can Dance, Empire, and of course, Glee, which has inspired countless people to sing, dance, and get that creativity flowing," said FOX5 anchor Lauren DeMarco, who spoke on behalf of 21st Century Fox when the recipient schools were announced at the National Association for Music Education's (NAfME) National Leadership Meeting in Washington, D.C., in June.

"Over the course of time and educational reform and budget constraints, the school district just hasn't been able to provide the resources that it used to," said Scott Sheehan of NAfME. "These [grants] are going to have such an impact for these students and these teachers."

Many of the teachers at recipient schools agreed, describing the grants as a means to give students more opportunities to explore their creativity.

"This grant will enable us to show the heartening benefits of investing in music education by sharing exciting performances of our students around our City Beautiful," said Earl Vennum, music director at Castle Creek Elementary in Orlando, Florida. "In addition, our students will be able to see high school and professional performances, inspiring them to a finer level of artistic accomplishment." 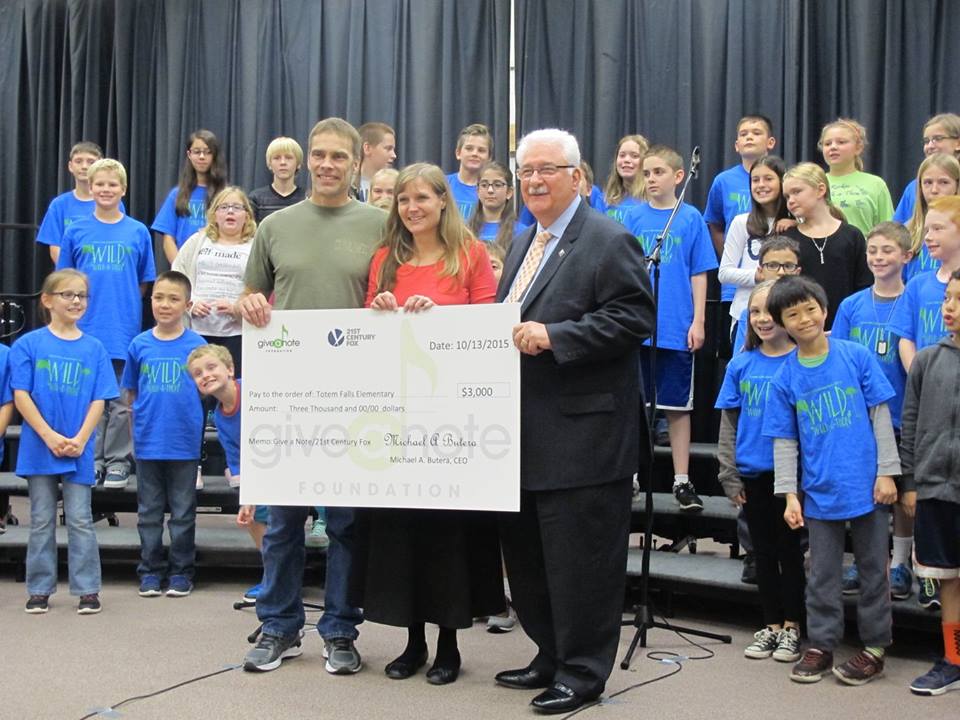