As Seen on The Guardian- Burned Birds and Banged-up Bats: Victims of Renewable Energy are Getting Help

Reports of birds burning while flying over a heat-intensive batch of solar concentrating mirrors and migratory bats colliding with wind turbines have raised concerns among environmentalists about the impact that new renewable energy systems may have on US wildlife.

These worries are increasing with renewable energy on the rise. Farmers and ranchers are leasing their land to wind developers who need space for their turbines. And massive solar farms, like Apple’s planned project in Monterey County, California, are expected to offer significant amounts of clean power and cost savings.

The American Wind Wildlife Institute (AWWI) is helping to strengthen both wildlife protection and the development of wind energy. AWWI has established a partnership of leaders from the wind industry, environmental and conservation organizations, and wildlife agencies. They all understand the risk to wildlife from climate change, and seek the timely and responsible development of wind energy while protecting creatures and their habitat.

“AWWI is built on the shared vision that we can achieve more clean, renewable wind energy and better conservation outcomes if we work together,” says Abby Arnold, executive director of AWWI. “This makes it possible to identify relevant research priorities, and to advance innovative technologies and measures to protect and conserve birds, bats and other wildlife while expanding the wind power we need.”

A separate study conducted by Benjamin K Sovacool for the Vermont Law School Journal of Integrative Environmental Sciences found that low-pollution energy sources such as wind and solar power are less detrimental to wildlife, and that they can save birds while replacing “more harmful forms of electricity” such as nuclear and fossil-fueled power. The study, conducted in 2009, estimates that wind farms are responsible for 0.27 bird fatalities per gigawatt hour (GWh) – compared to nuclear power plants’ 0.6 deaths and fossil-fuel power stations’ approximately 9.4 deaths per GWh.

Duncan McIntyre, president of Altenex, an Edison Energy company, says he believes a fundamental shift to renewable energy is one of the most significant ways to protect wildlife and eco- and agricultural systems from the impacts of global warming.

“Renewable energy projects are evaluated and analyzed for their potential environmental impact,” McIntyre says. “The best projects are carefully designed to minimize impact on sensitive habitats, water usage and migratory flyways. Part of Altenex’s comprehensive project diligence is to review those impacts and help our clients identify the projects that offer not only persuasive financial performance but best-in-class sustainability performance as well.”

Installing solar arrays over vacant industrial land is another lower-risk option. GM has partnered with the Michigan utility DTE Energy on solar projects housed in old company parking lots that send energy to the grid. DTE can place its renewable energy equipment at an already maintained space, minimizing effects on wildlife, while GM helps to provide clean power for the community.

GM works with its developer partners to conduct a thorough analysis of wildlife that may be migrating through the intended site location, verifying that proposed projects will have minimal impact. 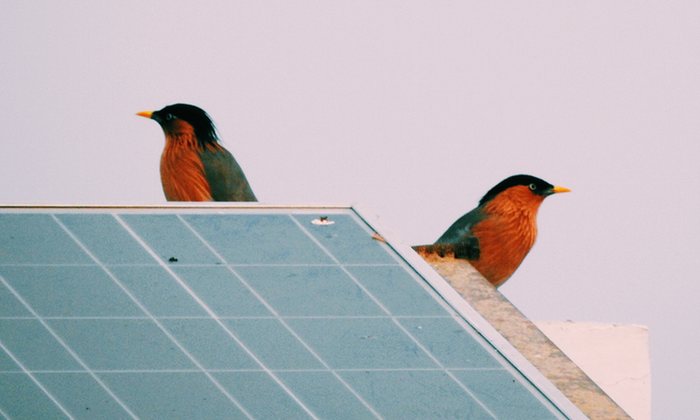