Baroness Karren Brady has spent more than two decades in Premier League football. At Birmingham City, she was the youngest-ever managing director of a UK limited company and the first woman in top-flight football, growing the club from receivership to an £81m business.

Now Vice Chairman of West Ham United, Baroness Brady was awarded a CBE by the Queen for her services to business and has a seat in the House of Lords as a Conservative peer.

What is the difference between an entrepreneur and a leader?

So you can be a successful entrepreneur who’s not a natural leader as long as you know the leadership skills you’re looking for in other people?

What makes a good leader?

“The other attributes are: having commitment to do the best possible job all of the time; having a positive attitude; having intuition; being able to inspire people.”

Can you learn those things?

“Yes. For some people, they come more naturally than others, but I think they stem from being passionate and being able to realise that passion. There’s that saying that “nothing’s work unless you’d rather be doing something else” and I think that’s true. It’s not work if you love what you do. If you love what you do, it makes it feel far more important to you.”

You have written that women should “share our coping strategies”. Have you encountered any tough or hostile environments and how have you managed them?

“Not for a long time because I’ve been in business for 30 years. But yes, as a young woman working in a male environment it could be very difficult. I’d go to premiership football meetings and there’d be 91 men - and me. Handling that isn’t always easy but the way you handle yourself is to take yourself seriously and be able to speak up for yourself and make sure your voice is heard.”

After boarding school in Ware, you attended sixth form at a boys’ school in Elstree, Hertfordshire. Do you think that experience helped you later on in business?

“It probably helped when I went on to work in an all male environment. It helped me understand the dynamics.”

You have talked about “self esteem being a cure for fear”. Why is it that women so often doubt themselves and trade in self-deprecation?

“Well, I’m not a philosopher! But I do think women tend to doubt themselves more than men. I think it’s because we want to do a good job and we worry about whether we can do the job as opposed to doing the job and seeing how it goes. Young women now are far more confident than we ever were. Confidence comes from accepting that you can do a job and knowing your worth and not being afraid of going out and getting your worth.”

So why are younger women more confident?

“Well, women under 40 are earning more than men. There are more women at university. There are so many more role models for women. When my mum was leaving school there were two choices: become a housewife or work at Woolworths. If you wanted to be a scientist or an astronaut or a doctor you would have been laughed at. Now there are so many women telling the next generation: ‘Do what you want, realise your worth’.

“Also, maternity leave has changed. The way people communicate now with email and online has made the workplace far more flexible in terms of how and where people work. Employers are beginning to realise that if they want the best talent they are going to have to be more flexible in their approach to getting and keeping that talent.”

You took a summer job in a hairdressing salon at the age of 16 and completely reorganised the place. How did you have the confidence to do that?

“I’ve always had an inner confidence. I knew jobs that needed doing and have never been afraid of getting on and doing them.”

Where did that come from? Did your parents encourage that spirit?

“Yes, I think so. I was at boarding school from a very early age. Being on my own a lot and being able to get on with things, I think that helped. Pushing myself.”

What’s the best piece of inspirational advice you’ve been given on leadership during your career?

“My grandma used to have a saying: ‘You should never look down on people when you could be helping them up’. So that’s about inspiring people to be the best they can be. When you run a company, it’s about caring where everyone is and helping them get to where they want to go. It’s about creating a truly entrepreneurial company and everyone doing everything within their skill set to make it a success.

“I wanted to create a business that’s the type of place I would have wanted to work when I was 18. A workplace that encouraged me, that listened to me, that was somewhere I enjoyed going rather than somewhere I had to go.”

How do you find time to make that happen when you are trying to run a business?

“You have to spend time with people and be prepared to listen. You have to be prepared to take the good and the bad. I wanted a business where everyone has ownership of it, where people challenge me and people can say what they think without fear of retribution. Someone has to be the leader and make the decisions so it’s not about being liked all the time. But listening and communicating are the two greatest skills you need to run a business.”

Do leaders always know that?

“People who are successful in business know that.”

Who is your hero, business or otherwise?

“Mentoring is a modern phenomenon. When I left school at 18 I literally left school and started work. It was: ‘Go out and earn a living’. So there wasn’t somebody mentoring me. Women now have been encouraged to emulate people, to take inspiration from people and be ambitious, which is great.”

You had surgery for a potentially fatal brain aneurysm in 2006. How did that experience change your attitude to work and business?

“It puts things into perspective. The only thing I think the majority of people are scared of is dying. Life is short and you’ve got to make the most of it. If you are not enjoying something, you need to move on and stop doing it.

“I take a bit more time off. I have stopped worrying about the minutiae so much and concentrate more on the bigger picture.”

You’ve achieved a huge amount and are not yet 50. Do you ever look back and wonder how on earth it all happened or are you more of a forward-looker?

“I am definitely more of a forward-looker. I think most successful business people look forward to the next challenge as opposed to reflecting on past challenges. There are times you should reflect though, because life passes by so quickly and very often you don’t see what you have achieved. If I had jumped from leaving school to suddenly 30 years later being in the House of Lords, I wouldn’t believe it, but in between there has been an awful lot of hard work.” 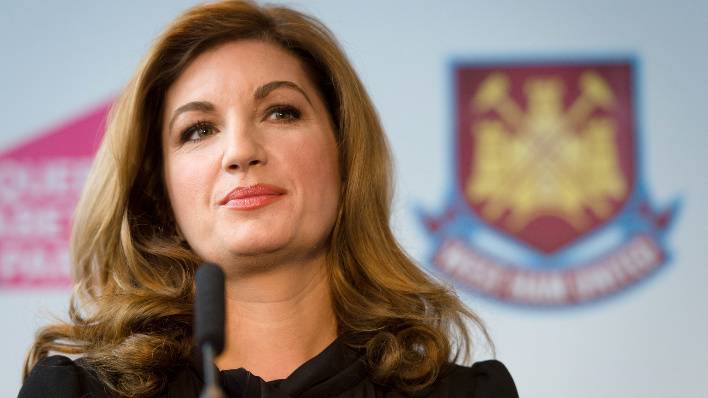