This article was originally published in the Spring 2015 RSF Quarterly.

In the Philanthropic Services department at RSF Social Finance, our purpose is to cultivate gift as the source of economic life. This purpose shows up in many ways, as we work to underscore how gift is used not only in charitable activities, but in market-driven ones as well. Our Program Related Investment (PRI) platform, for example, pools charitable dollars from foundations and lends them to catalytic enterprises working in sustainable food and agriculture. One of the organizations that has received a loan from our PRI program is Eastern Carolina Organics, or ECO. Our PRI investment is not the only place that the power of gift shows up in the story of this for-profit enterprise, though. In fact, their first funding came in the form of a grant, and the spirit of that initial gift has rippled through their success and their business model in powerful ways.

ECO was founded in 2004 to support emerging organic farmers and organic tobacco growers while improving the supply of local organic produce. In the last ten years, ECO has grown almost four-fold, and are now working with over 40 growers and over 100 customers. By working as an intermediary between organic growers and customers like retailers and farm-to-table restaurants, they provide a steady supply of high-quality, seasonal, local, organic produce while creating stability for farmers and efficiency for buyers. Since ECO is a largely farmer-owned enterprise, the farmer-owners have a level of commitment to the business that allows them to feel confident in future sales and provides mutual support in a way that is also responsive to the demands of the market.

In 2004, though, ECO was just an experiment. Sandi Kronick, ECO’s co-founder, felt confident that the business model could work, but she didn’t want to ask farmers to invest in an untested enterprise. Instead of seeking start-up financing in the form of debt, she instead applied for a grant from the Tobacco Trust Fund Commission with the help of a non-profit partner, the Carolina Farm Stewardship Association. The mission of the Commission is to support the economic livelihood of current and former tobacco farmers, and ECO served just that purpose. Sandi hoped that the initiative could prove that organic produce could be the “new tobacco” for NC agriculture and not just a passing fad. But she knew that to demonstrate this, ECO would have to operate as a market-driven business and not as a charitable endeavor. On this point, the grant application to the Tobacco Commission was explicit: if the model worked, ECO would seek to incorporate as a for-profit, farmer-owned company at the end of the one-year grant term. The application was successful, and ECO received a relatively modest grant of $48,000; most of the other Tobacco Commission grants were in the six-figure range. In retrospect, Sandi says, that relatively small grant was a blessing: “Because the gift was small, we came into it with humble goals, and a humble sense of our ability to achieve those goals. We didn’t know if this was going to work.”

In that first, grant-funded year, ECO ended with an $11,000 margin. Seeing that the model would work, they incorporated in 2005 with thirteen farmer-owners and two manager-owners. There were many reasons ECO chose to incorporate as a for-profit enterprise. Perhaps most importantly, a for-profit model with farmer-ownership at its core demonstrated to farmers that this was a sustainable way to make a living, which in turn created a sense of security that, as Sandi says, farmers were able to “plant in the ground.” This was a key factor in ECO’s early success. In addition, incorporating as a for-profit allowed ECO to operate with little overhead and focus on their core work of aggregating and distributing organic produce. If fundraising had been at the heart of the business model, staff would have been distracted by donor cultivation and at the mercy of the latest trends in philanthropy. The wisdom of this decision became starkly clear during the economic downturn following 2008, when ECO witnessed many of its non-profit partners suffering while their business remained relatively steady.

Although it has been important that ECO be able to thrive in the marketplace, the spirit of that initial gift has been just as essential to its business model. Sandi believes that the enterprise could not have survived if it took on debt at its founding: “We wouldn’t have been able to make those payments on a loan back then. It was absolutely necessary to get that initial gift.” In 2012, ECO received another grant from the City of Durham to aid in the rehabilitation of an industrial building that now serves as its home. Although they knew it would help the business, they also couldn’t justify the expense as a part of their regular work. Again, a gift was catalytic for their growth—but they felt comfortable accepting it because it was clear, after so many years of successful operations, that there was no fear ECO would become grant dependent. The market-driven, core work was still successful; the new gift helped ECO to grow and expand, just like the first.

The initial gift also ripples through ECO’s work. The $11,000 margin that ECO was able to retain its first year was crucial to helping it weather the challenging second winter of operations. A company making goods in a factory and working in “industrial time,” to borrow a concept from Wendell Berry, can balance between supply and demand on a thin margin. Being in tune with the natural rhythms of “agricultural time,” though, requires a farmer-driven business to have the cushion and balance of resources that gift provides. The founding gift capital allowed ECO’s business model to survive and thrive by providing the flexibility and trust needed in a cyclical, land-driven business. Along with the farmer-ownership, it was that trust, the spirit of that initial gift, which was planted back into the ground and cycled back into the business through the gifts of the land itself.

ECO may be a for-profit company, but as a social enterprise driven by the gifts from the land, and catalyzed by a gift of capital, the spirit and value of gift is crucial to the business’s success. Even today, over ten years after the initial grant that made the business possible, Sandi says: “I really feel a certain level of responsibility to steward that gift, because it had several incarnations. I see all of that as a blessing.” 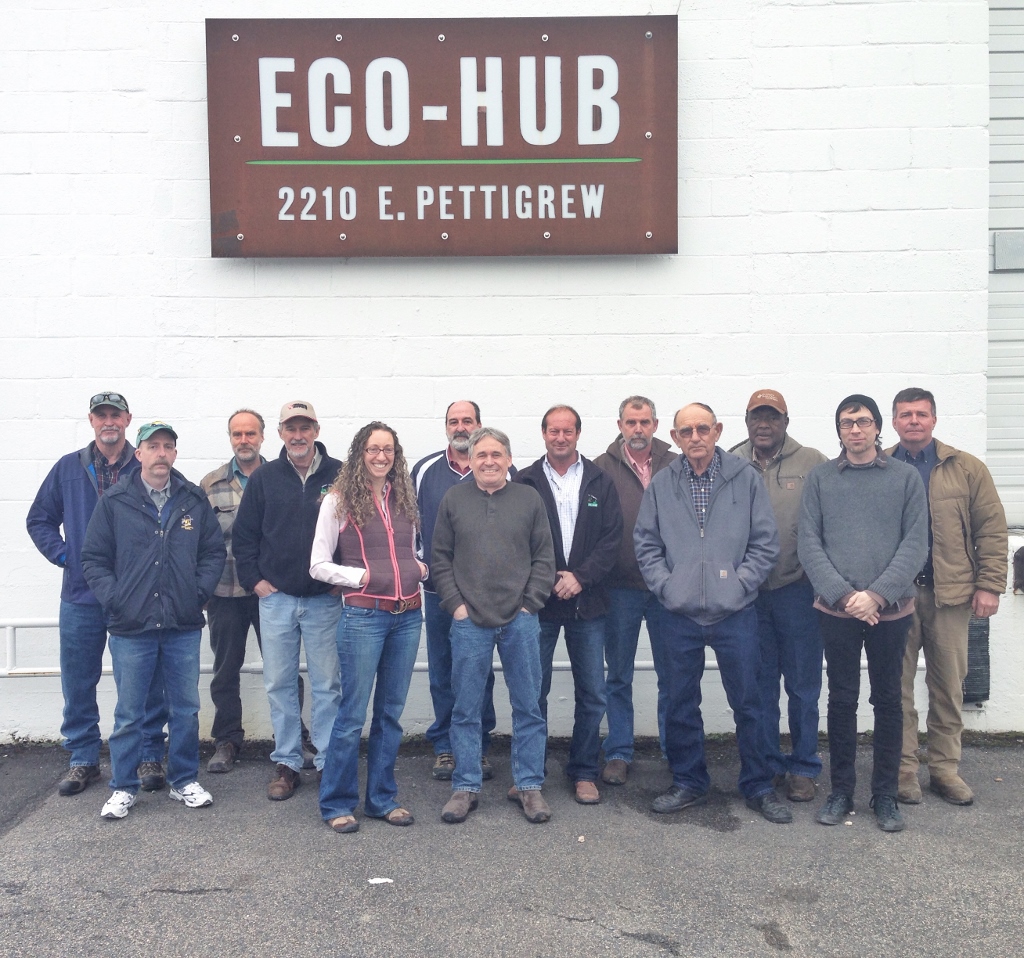 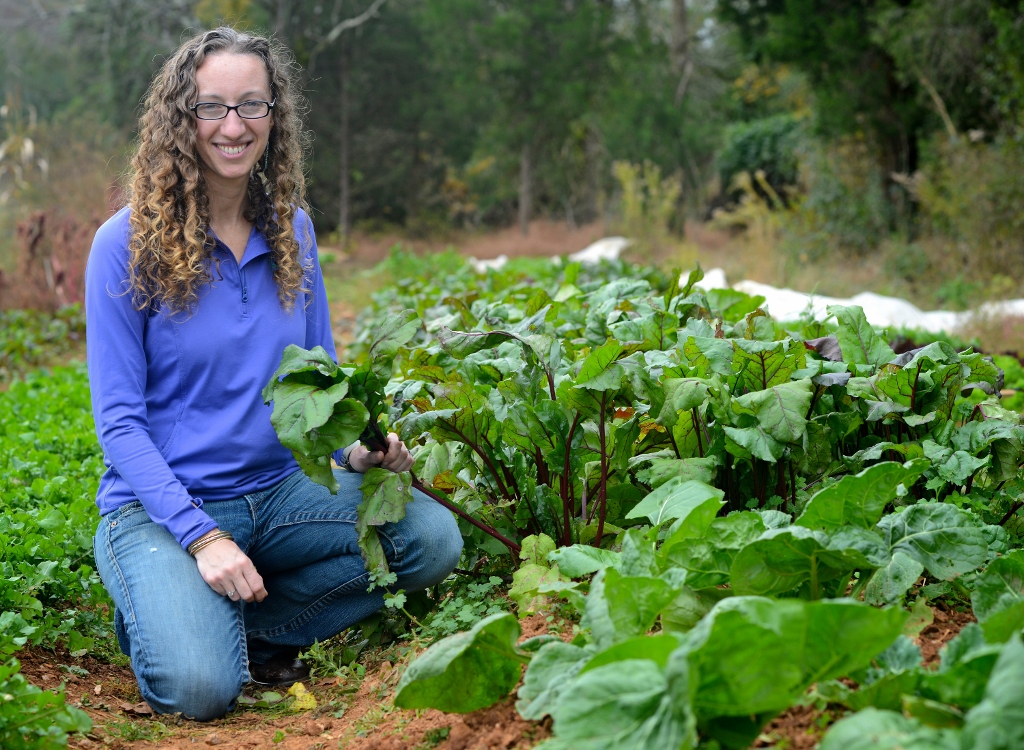