This is the second of a five-part series that takes a look at each of the 2017 winners.

Colleen Fewer
Colleen Fewer not only shares the values embodied by the labor movement. She lives them.

“As a union organizer, I have always admired the fighting spirit of the MLBPA,” said Fewer. “When I heard about this scholarship through my school, I knew I wanted to apply.”

Fewer, a San Francisco native and a fan of the Giants and their ace pitcher Madison Bumgarner, attends the University of California Berkley School of Law, but studying toward undergraduate degrees in political science and social welfare helped shape her values. 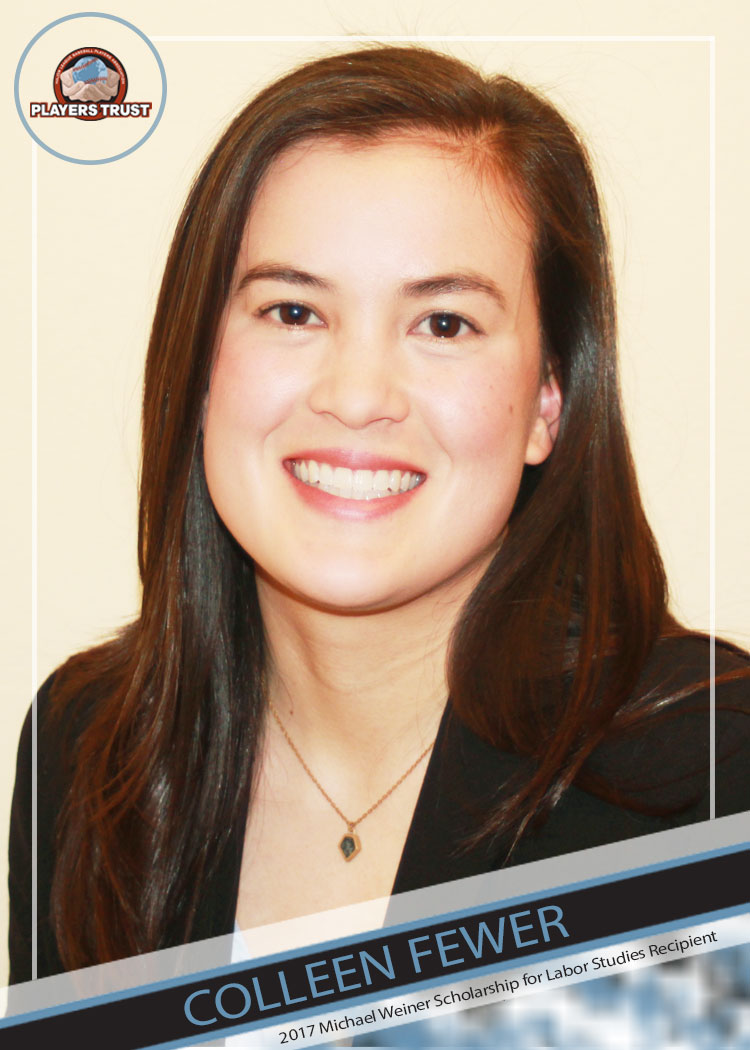 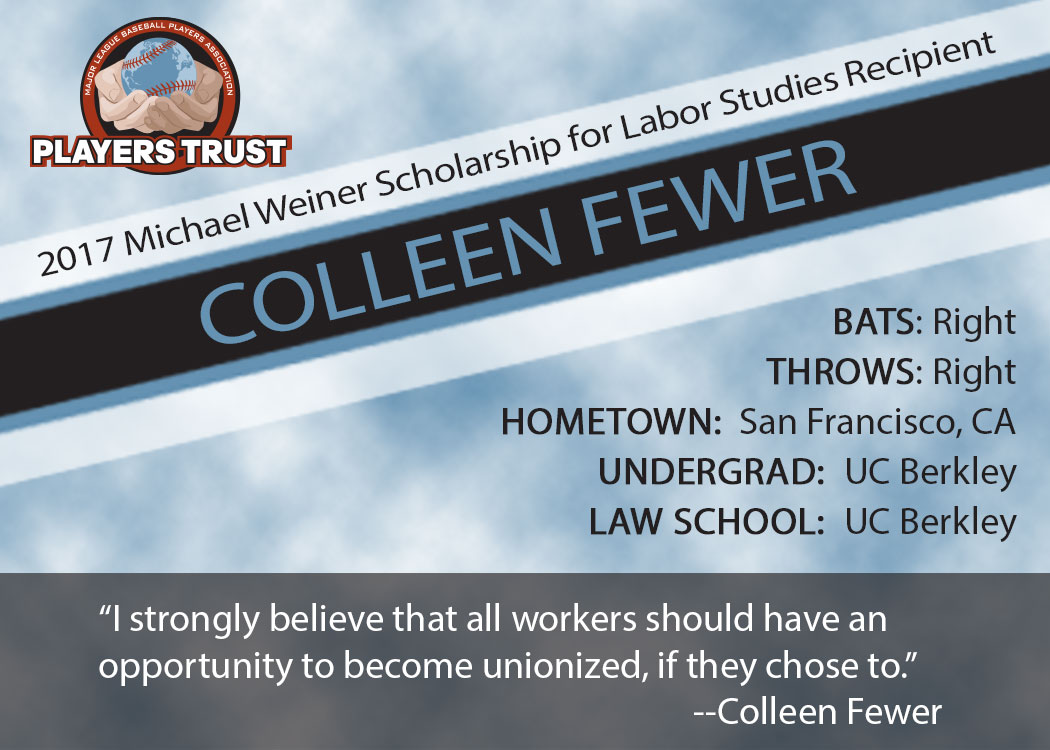