BSR regrets today’s executive order from U.S. President Donald Trump to dismantle the Clean Power Plan, a set of U.S. Environmental Protection Agency (EPA) policies that are intended to reduce the United States’ greenhouse gas emissions by 32 percent from 2005 levels and cut carbon pollution from the power sector by 30 percent by 2030. In combination with the administration's dramatic cuts to climate programs at the EPA and U.S. State Department, this announcement undermines policies that have stimulated economic growth, consumer savings, job creation, infrastructure investment, private-sector competitiveness, and public health.

In the past several years, many American companies have set ambitious energy efficiency and renewable energy targets. Business has taken action because it understands the economic and environmental benefits of these steps, as well as the opportunity for innovation that the shift to low-carbon prosperity represents. The Clean Power Plan (CPP) provides a platform for these companies with reliable and resilient sources of clean energy and, in turn, generates substantial economic and public health benefits. Just 18 months ago, the U.S. federal government estimated the net economic benefits of the CPP at US$26-45 billion, with consumers set to save US$155 billion from 2020 to 2030. In addition, the CPP provides regulatory support to the clean energy economy, which, according to the U.S. Department of Energy’s Energy and Employment Report, supported more than 3 million U.S. jobs in 2016. The public health benefits are also significant. Research suggests the Clean Power Plan could prevent 3,600 premature deaths and more than 300,000 missed work and school days by cutting pollutants that contribute to soot and smog.

Finally, this order comes at a time when U.S. public concern about climate change is at an eight-year high, with Gallup reporting that 64 percent of Americans are concerned a "great deal" or "fair amount" about the issue.

Trump's executive order puts this substantial progress at risk, but two critical factors continue to suggest that the transition to a low-carbon economy remains inevitable.

1. Clean power is the energy of choice for resilient and successful businesses and investors.

During the past two years alone, more than 500 companies with US$8 trillion of revenue, and more than 180 investors with assets under management in excess of US$20 trillion have made more than 1,000 commitments to purchase renewable energy, reduce their emissions in line with the best available science, set carbon prices, and end deforestation. Walmart, the largest company by revenue and the largest private employer in the world, committed to reduce emissions by 18 percent. In making the announcement, CEO Doug McMillon said, “We want to make sure Walmart is a company that our associates and customers are proud of—and that we are always doing right by them and by the communities they live in.”

These companies are part of a growing movement in the private sector that sees profits, job creation, competitiveness, innovation, and stewardship of the environment as a virtuous circle—one that delivers for shareholders, workers, and communities across the globe.

Companies like these are committed to clean power because it makes business sense. Many of these companies are achieving an average internal rate of return of 27 percent on their low-carbon investments. And research conducted by CDP shows that decoupling growth from carbon leads on average to a 29 percent increase in revenue alongside a 26 percent drop in emissions.

These companies recognize that renewable energy technologies, such as wind and solar, have low and stable marginal costs that are generated or purchased at or below the cost of fossil-fuel-generated power sources. This allows companies to hedge fuel price volatility and future increases in electricity rates. An increasing number of these companies are using power purchase agreements to lock in electricity prices for 10-20 years, providing cost certainty. Global investment in renewable energy power capacity in 2015, worth US$265.8 billion, was more than double the dollar allocations for new coal and gas generation (estimated at US$130 billion in 2015).

Many leading businesses have stated their clear desire to see the CPP survive. In April 2016, Amazon, Apple, Google, and Microsoft jointly submitted a brief to the U.S. Court of Appeals for the District of Columbia Circuit in defense of the Clean Power Plan. By the third quarter of 2016, these companies were the top four most valuable publicly traded companies in the world by market capitalization, accounting for more than 7 percent of U.S. GDP. The four companies have all stated clearly that the Clean Power Plan incentivized renewable energy and enabled business to reconcile duty to shareholders with care for community and planet.

Business has set a course for a low-carbon economy fueled by clean power and intends to continue that journey, irrespective of changes to U.S. federal policy.

2. The political will to act is resolute across the globe and deep within the United States.

The historic Paris Agreement on climate change brought together 196 governments to commit to deep decarbonization well before the end of this century. This commitment is already being translated into national climate policies in the form of 189 national climate action plans. Collectively, these plans provide business with the direction, confidence, and certainty it needs to make long-term investments in innovation and infrastructure.

Importantly, the plans represent more than US$13 trillion in clean energy investments over the next 15 years. This global multistakeholder consensus remains intact, despite today’s announcement, and will survive policy volatility in Washington in the coming four years. Meeting in Marrakech, Morocco, days after the U.S. presidential election, nearly 200 nations adopted the Marrakech Action Proclamation, reaffirming their commitment to the full implementation of the Paris Agreement. They have been resolute in their belief that “momentum is irreversible,” as it is “driven not only by governments, but by science, business, and global action of all types at all levels.”

In addition, other countries are increasingly assuming a leadership role in the transition to a low-carbon economy. China issued a statement that U.S. political changes would not affect its commitment to realize the ambition of the Paris Agreement. More importantly, China is moving ahead with increasing its non-fossil-fuel share of energy use to around 20 percent by 2030, reducing the carbon intensity of its economy by 65 percent, and launching a national emissions-trading system. Each year, China adds roughly the total existing electricity capacity of a large U.S. state and is the largest investor in renewable energy, spending over US$54 billion in 2013 alone.

We encourage the president to rethink today’s decision. Retreating from the Clean Power Plan injects business uncertainty where it is not needed, turns away from an innovative approach to clean energy that will create valuable new business opportunities, and is out of step with the clearly stated objectives of the most dynamic businesses in the United States and the world.

This statement first appeared on BSR. 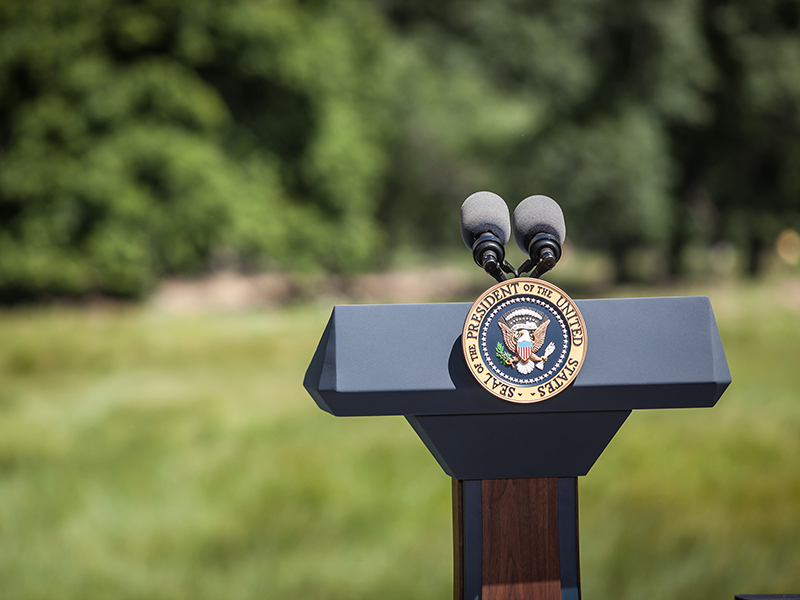