How I Became a Techie: Michael Sapos

“The thing I’m most proud of is how we’ve helped veterans through hiring and training. I think it’s one of Qualcomm’s best achievements.” — Michael Sapos

When I was a young boy, I spent hours, even days, playing with erector sets, which consisted of little metal beams, nuts, and bolts (and later, pulleys, gears, and small electric motors). Basically, you could construct anything your mind came up with, tear it apart, and create something new and completely different. And you didn’t have to make something stationery — with the little motors, you could create things like windmills or planes. I’ve built automobiles, towers, homes, and more.

That love for building stayed with me as I went through middle school and high school. I became interested in the science of things and architecture, and I really wanted to be an architect.

There was a Marine Corps training and recruiting depot near my house. One day, I saw some of the Marines training together and was intrigued. At 17 years old, I talked to a Marine Corps recruiter near my house. Early in my senior year, I took the Armed Services Vocational Aptitude Battery (ASVAB) test. I did really well in communications and technology, which changed my mind about architecture and evolved my interests.

I joined the Marine Corps as a telecommunications wiring engineer. I served four years Active and four years in Reserve. As a field wireman, I offered communication support for my platoon. I was responsible for laying over 12 miles of structured cabling, and providing communication between 35 devices and the command radio ops center in and around two amphibious assault fuel systems. I also monitored the communications control point around the clock. 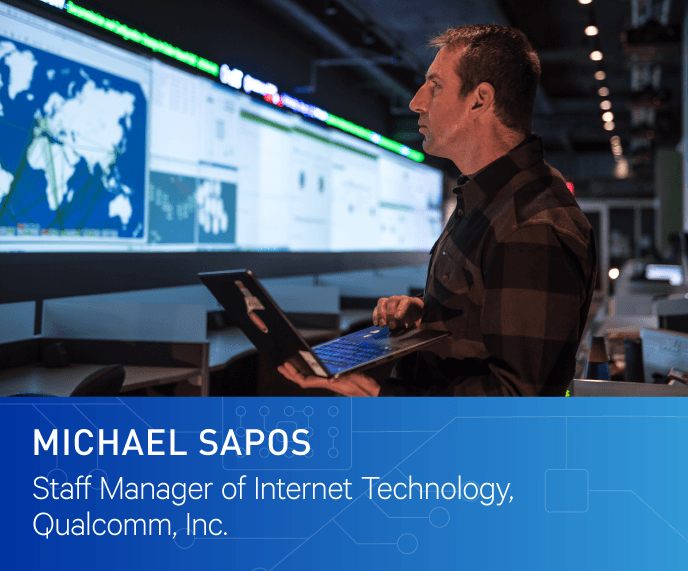