Menu Changes Serve Up a Healthier Diet for U.S. Military

The Department of Defense spent $926.9 million on food services contracts in 2012 and has already spent $336.9 million in 2013, according to USASpending.gov, an exhaustive database of government contracts.With all that spending on food services, one could be forgiven for hoping that U.S. soldiers are eating healthy, but a new report shows an alarming rise in obesity rates among U.S. military personnel and suggests that their cafeteria food may be the cause.A full thirteen percent of U.S. military personnel are clinically obese, according to a recent report that appeared in the Journal of the Academy of Nutrition and Dietetics. That figure is on the rise, mirroring the more dramatic increase in obesity rates among the general population. 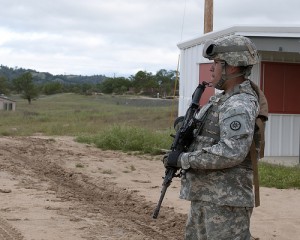