Protecting Our Planet, One Mile at a Time

Last year, Climate Counts’ intern Ben Trolio pedaled the climate movement forward when he participated in the NYC to Washington, D.C. Climate Ride. This multi-day, multi-city charitable bike ride benefits organizations working on sustainable solutions. As a beneficiary of the ride, Climate Counts receives funds from those who choose to ride for them, helping their efforts gain even more traction in the future. In addition to representing Climate Counts, Trolio rode for Better Future Project, a grassroots organization aimed at building a better world free from the burning of fossil fuels.

After some friendly pressure from his mates, Trolio chose to participate in the Climate Ride with two goals in mind- personal growth and advancing a cause. Trolio said, “Fundraising is challenging and asking for money is a true test to your values.” He had plenty of practice asking friends and family through e-mail blasts, Facebook, in-person conversation, and fundraising events.

“Climate Ride gives people a reason to raise money,” Trolio said. It can be hard to raise money for a cause without an event coinciding with a fundraiser. But with a worthy event, like biking 304 miles over the course of 5 days to support sustainability and protect our planet, fundraising can be easy. Trolio believes that anyone can raise the money- citing that even a 16-year-old succeeded in raising the funds to complete the ride. However, he also talked about the challenges of fundraising as a young person. He had to employ a variety of strategies to raise the money. His pool of donors had much less to give, but this presented a great opportunity for Trolio to perfect his fundraising skills. “When I start asking people about supporting Climate Ride, I get more confidence. It’s like training for a race. The more ask for you ask the more confident you become.”

The greatest highlight of his ride was biking alongside his dad who is a diabetic. Sharing this endeavor with his dad gave him a new perspective and appreciation for his biggest ally in life. No doubt biking day after day was challenging, but Trolio said that his biggest challenge was making sure he was eating enough! When asked if he would participate in the ride again, he responded, “I already signed up!”

Spots are still available for the California Wine Country ride May 17-20, 2014. This new ride is an exciting 4-day cycling adventure that begins in San Francisco, heads north to Marin and the spectacular Wine Country and on to California’s Capitol in Sacramento. Climate Counts is honored to be a beneficiary of Climate Ride again this year. Not interested in biking but want to support the movement? You can donate!

Participants are helping to provide much-needed financial support, raising awareness, engaging other riders, and helping to build a national network of supporters while making an extraordinary contribution to a cause they care about. For Trolio, “Biking as a community organizer allows me to connect with other people and help people to relate to the climate movement.” 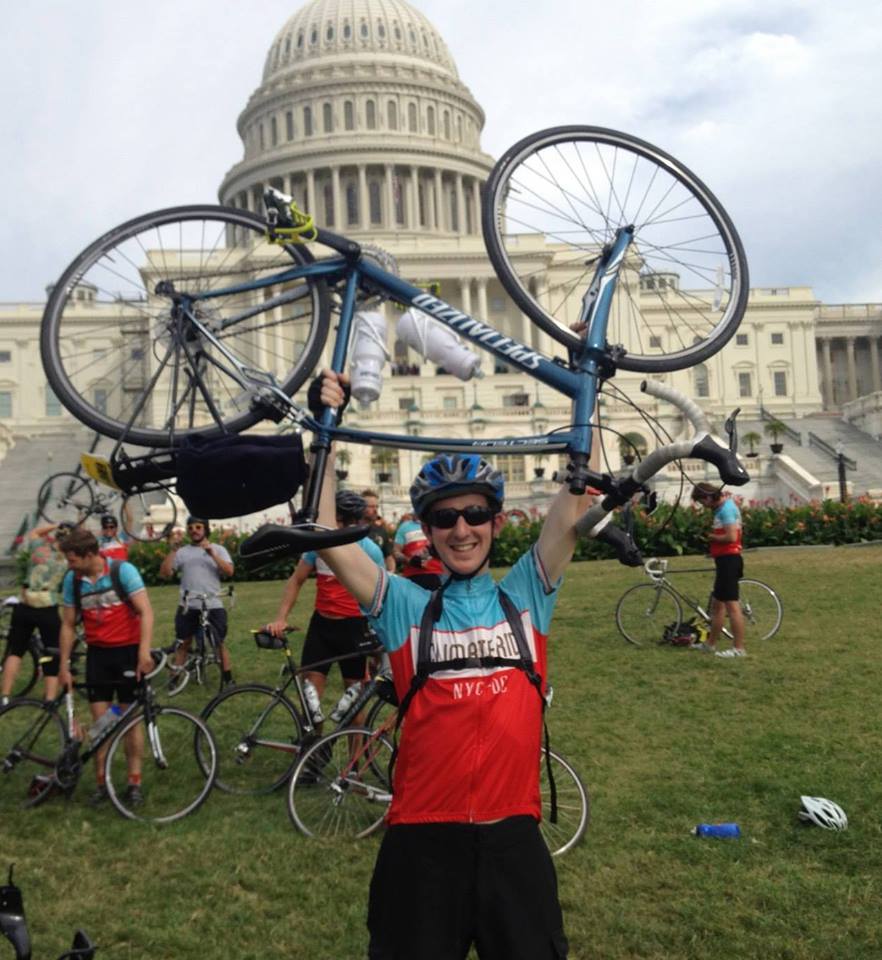