At The Hollywood Reporter's 25th annual Women in Entertainment breakfast on December 7, veteran writer and showrunner Ryan Murphy received the magazine's inaugural Equity in Entertainment award for his work with Half, a foundation he launched in February with an aim to hire 50% female directors to work on all his television shows. Murphy, who has created series across 21CF businesses such as Glee, American Horror Story, Scream Queens, and American Crime Story, addressed the ways the entertainment industry has excluded minority voices for so long and what steps he has actively taken to make change. His latest series, Feud, stars Susan Sarandon and Jessica Lange and will debut on FX in 2017.

"Despite the population of this country being around 52% female, only 15-17% of the working television industry directors are women," Murphy said in his acceptance speech. "As a business practice, this should make no sense to us. Around 65% of the decisions made over what's watched and consumed in our country and around the world is reportedly made by women. How has this [disparity] been allowed to be accepted and tolerated for so long?"

Murphy launched the Half Foundation earlier this year in an effort to increase the number of women and minorities, including people of color and members of the LGBTQ community, working on his television projects. In addition to hiring 50% female directors, the organization ensures that every male director is shadowed by a Half Foundation candidate, a younger director trying to break into the business. The foundation will also soon launch a scholarship program to help college students complete their film industry educations. Murphy's production company has increased its hiring of diverse directors from 16% to 60% in just ten months since the organization's launch.

He credited Fox Television Group Co-Chairman and CEO Dana Walden as being a key partner in crafting the Half Foundation's mission and for "being more enthusiastic about this idea than I was." He also thanked Walden's partner at Fox Television Group Gary Newman, as well as Fox Networks Group CEO Peter Rice and FX President Jon Landgraf, whose network has also made great strides in diverse hiring this year, increasing its roster of directors to 51% women and people of color.

"And here's the other thing about the Half Foundation: it was so easy... I was surrounded by a chorus of yesses," he said. "The men around us want to change the system with us... If you have power and you want to bring positive change, everyone will conspire around you to help you do that, but you have to speak up." 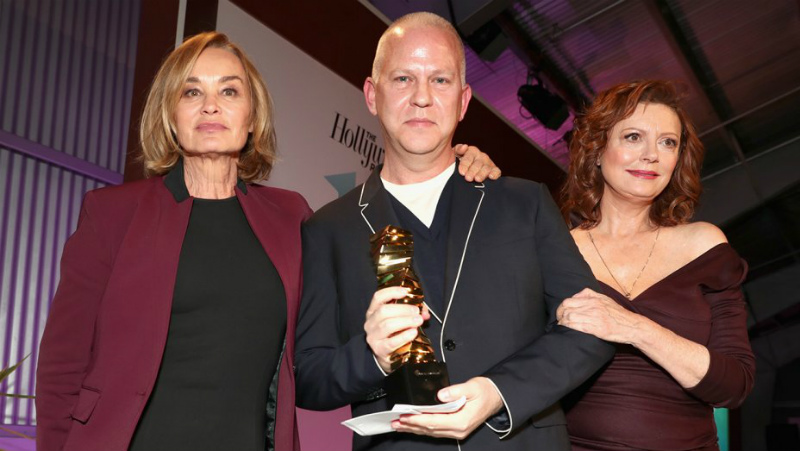