Mar 13, 2015 5:00 PM ET
Tweet This:
She lost her legs to save her kids and found her calling. bit.ly/1NTPSSc @StephDeckerFNDN #DailyPointofLight | via @PointsofLight
Blog

Seeking refuge in her basement – a tornado headed toward her Henryville, Indiana, home – 37-year-old Stephanie Decker found herself in a life-changing moment.

With the foundation of her brick house disintegrating around her, she shielded her two kids from the debris.

“There was a beam that was falling, and I had to make a decision,” Decker recalls. “My fear was, if I let go, they would go up in the tornado. So I let the beam fall. I knew instantly that my legs were severed.”

Decker’s children were unharmed in the 2012 disaster. But she had cracked ribs, a punctured lung, and her legs had to be amputated.

Drawing on the values she learned through her lifelong involvement with sports, her will to overcome and a new realization that she could make a difference – she started The Stephanie Decker Foundation. The organization supports children with prosthetics participating in sports and helps people gain access to prosthetic technology.

“We can teach these kids that they can do anything in the world,” Decker says. “I’m a firm believer – the only limitations that you have in life are the ones you set on yourself.”

Read the rest of the story on the Points of Light blog. 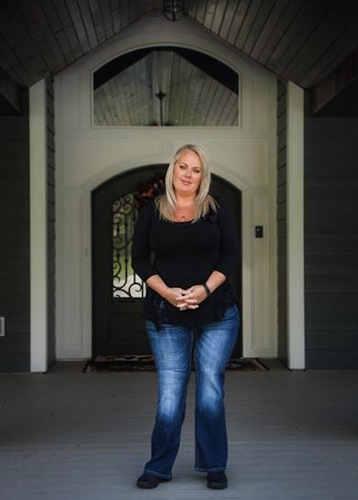