May 3, 2013 7:00 AM ET
Tweet This:
One lucky Texas class got a lesson in adaptation from the Artic Jubilee’s youngest explorer on a #Skype video call! http://spr.ly/6013XisP
Blog

For the students in Jennifer Hurst’s 4th grade class, most of their own exploring occurs just around their neighborhoods nearby their hometown just outside of Austin, Texas.  So when they had the opportunity to have a Skype video call with Oli Milroy, the youngest member of the Arctic Jubilee Expedition, they were thrilled! The students had been learning about adaptions, and since Milroy had experienced the extremes of adapting to new weather conditions throughout his expeditions, it was a perfect tie-in to the lesson plan.

Ms. Hurst’s students prepared for the Skype chat by researching Milroy. They discovered that he was a 19-year-old explorer and a native of Plymstock a suburb of Plymouth, England. In 2012, he had the esteemed honor of carrying the Olympic torch 300 yards through the city of Plymouth. The class also read that he had the honor to correspond with the Queen of England after sending her a greeting from the highest point of the Queen Elizabeth Islands in Arctic Canada.

Oli Milroy, the youngest member of the Artic Jubilee Expedition

Ms. Hurst’s class had the opportunity to Skype chat with Oli Milroy thanks to the efforts one student’s mother. She found Milroy by going to the Skype in the Classroom website, browsing through the available experts and signing up.

On the day of the Skype chat, the class excitedly gathered around the projector screen where the chat was taking place. Milroy started by introducing himself to students and sharing a few stories about his recent expeditions. He had on hand a few souvenirs that he had collected from his trips and he showed them to the kids, explaining how he’d come to find each item.

Next, the students took turns asking their prepared questions directly to Milroy on the Skype video chat. Ms. Hurst recounts one funny instance where there was a misunderstanding about the depth of Milroy’s relationship with Queen Elizabeth. “One student, knowing that Milroy had corresponded with the Queen asked ‘so now that you’re friends with Queen Elizabeth, how often do you talk to her?” In the mind of the students, Milroy was just as much of a celebrity as the Queen of England, so it was only natural that they remained friends after their conversation. Milroy graciously explained that their exchange had taken place via email, and while he was thrilled to communicate with her, it wasn’t likely that the pair would become close friends.

The chat concluded and students remained excited, the experience was one that they would remember for years to come. Ms. Hurst looks forward to having the opportunity to use Skype to bring others into her classroom and framing these experts around her curriculum.

On her short list of potential future guests? “The Governor of Texas and a scientist who works with electricity,” she said – both are people her students are very interested in.

If you’re a teacher interested in bringing Skype into your classroom, we invite you to join our Skype in the classroom community for free today. 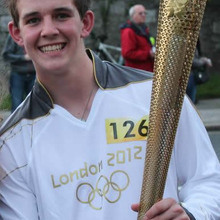