BOSTON, MA, July 14, 2015 /3BL Media/ - The most comprehensive analysis to date on U.S. power plant air pollution emissions shows that most of the nation’s largest electric utilities have seen significant reductions in global warming pollution in recent years. The report’s release comes as the Environmental Protection Agency (EPA) prepares to finalize the Clean Power Plan to further reduce that pollution.

The new report, which examines carbon dioxide (CO2), nitrogen oxides (NOx), sulfur dioxide (SO2), and mercury emissions from the nation’s 100 largest electric power producers, found that CO2 emissions from power plants decreased 12 percent from 2008 through 2013, and that the economy has continued to grow even as CO2 emissions have declined.

Southeast (Entergy and Dominion), Midwest (Hoosier Energy and Associated Electric Cooperatives) and Southwest/West (OGE and Xcel) power producers are among those achieving some of the highest levels of improvement in their CO2 emission rates (pounds per megawatt hour, lb/MWh).

On a state level, between 2008 and 2013, a large majority of states (42) decreased their electric sector CO2 emissions. These states reduced their emissions by an average of 19 percent, according to a comparison with past Benchmarking reports. In terms of emission rates, 40 states decreased their all source CO2 emission rates by an average of 18 percent in the same time period.

While emissions overall are trending downward, the report found uneven performance across both power producers and the states.  CO2 emissions rates (a measure of the carbon intensity of a power provider’s fuel mix) vary 10-fold among the top 100 producers, from a high of 2,264 pounds of CO2 per megawatt-hour of power (lb/MWh) for Big Rivers Electric in 2013, to 200 lb/MWh or less for companies such as Exelon, New York Power Authority, PG&E Corporation, and Iberdrola.  Similarly, emissions rates range 10-fold in the states, from roughly 2,000 lb/MWh in Kentucky, Wyoming, and West Virginia to 200-300 lb/MWh in Idaho, Washington, and Oregon, based in part on their existing hydroelectric generation which is not included in the Clean Power Plan building blocks.

“Most parts of the country are firmly on the path toward a clean energy future, but some states and utilities have a longer way to go and overall the carbon emissions curve is still not bending fast enough,” said Mindy Lubber, president of Ceres, a nonprofit sustainability advocacy group, which helped produce the report. “To level the playing field for all utilities, and achieve the broader CO2 emissions cuts needed to combat climate change, we need final adoption of the Clean Power Plan.”

“Consistent with our efforts to advance clean energy, Exelon has low total emissions and some of the lowest emissions rates of the nation’s largest power producers,” said Chris Gould, senior vice president and chief sustainability officer of Exelon. “We continue to invest in carbon reduction initiatives and technologies across our business, both in our utility and power generation operations and through customer offerings, such as energy efficiency and distributed generation.”

“Entergy was the first American utility to adopt a voluntary carbon cap on emissions of carbon dioxide from its power plants and today, we have one of the cleanest generation fleets in the nation,” said Chuck Barlow, vice president of environmental strategy and policy for Entergy Corp. “We sponsor this report because the assessment and presentation of the data and information are important for our industry.  We will continue our strong record of environmental performance as we provide affordable, reliable energy to our customers.”

The latest version of Benchmarking Air Emissions is being released as EPA is weeks away from issuing its final Clean Power Plan rule, which is expected to result in reductions in CO2 emissions from the electric power sector by 30 percent nationwide below a 2005 baseline by 2030.

The report is the 11th in a series since 1997 highlighting environmental improvements and progress in the nation’s electric sector. The 100 power producers evaluated in the report represent 85 percent of the electric power generated in the U.S. and 87 percent of the industry’s air emissions. Based on 2013 generation and emissions data from the U.S. Energy Information Administration (EIA) and EPA, the report is a collaborative effort between Ceres, Bank of America, four power producers (Calpine, Entergy, Exelon, and Public Service Enterprise Group), and the Natural Resources Defense Council. It is authored by M.J. Bradley & Associates.

“PSEG is proud to be part of the progress that has been made to reduce New Jersey power plant emissions,” said Geraldine A. Smith, General Environmental Counsel Managing Director, Environment, PSEG. “New Jersey has a low carbon-intensity, in part, because more than half of the state’s power is generated by nuclear plants, which produce no greenhouse gas emissions. In addition, PSEG has made energy efficiency a key component of our clean energy strategy. That is why we are investing almost $400 million in energy efficiency programs and want to invest more.”

“Calpine has long been at the forefront of emissions reductions and has historically been the lowest emitting fossil fueled generator. Our increasing reduction in emissions year over year, while increasing our generation, demonstrates this commitment, said Derek Furstenwerth, Senior Director, Environmental Services, Calpine.

Other key findings of the report include:

“The nation’s power plants remain the largest source of carbon pollution and we can’t wait any longer to stem this growing danger to our health and economy,” said David Hawkins, Director of Climate Programs, Natural Resources Defense Council. “The good news is that America’s utilities are on a path to achieve the EPA’s Clean Power Plan and its major carbon pollution reductions. We need it now to secure cleaner energy, better health and a safer future.”

About Bank of America
Bank of America’s commitment to corporate social responsibility (CSR) is a strategic part of doing business globally. We have several core areas of focus for our CSR, including responsible business practices; environmental sustainability; strengthening local communities with a focus on housing, hunger and jobs; investing in global leadership development; and engaging through arts and culture. As part of these efforts, employee volunteers across the company contribute their time, passion and expertise to address issues in communities where they live and work.  Learn more at www.bankofamerica.com/about and follow us on Twitter @BofA_Community.

About Calpine
Founded in 1984, Calpine Corporation is a major U.S. power company, currently capable of delivering more than 27,000 megawatts of clean, reliable and fuel-efficient power to customers and communities in 18 U.S. states and Canada. Calpine Corporation is committed to helping meet the needs of an economy that demands more and cleaner sources of electricity. Calpine develops, constructs, owns and operates a modern and flexible fleet of low-carbon, natural gas-fired and renewable geothermal power plants. Using advanced technologies, Calpine generates power in a reliable and environmentally responsible manner for the customers and communities it serves.

Entergy’s participation in this report does not imply support for U.S. EPA’s proposed Clean Power Plan.  Further detail may be found in Entergy’s comments submitted to the EPA on December 1, 2014.

About Exelon
Exelon Corporation (NYSE: EXC) is the nation’s leading competitive energy provider, with 2014 revenues of approximately $27.4 billion. Headquartered in Chicago, Exelon does business in 48 states, the District of Columbia and Canada. Exelon is one of the largest competitive U.S. power generators, with more than 32,000 megawatts of owned capacity comprising one of the nation’s cleanest and lowest-cost power generation fleets. The company’s Constellation business unit provides energy products and services to more than 2.5 million residential, public sector and business customers, including more than two-thirds of the Fortune 100. Exelon’s utilities deliver electricity and natural gas to more than 7.8 million customers in central Maryland (BGE), northern Illinois (ComEd) and southeastern Pennsylvania (PECO). Follow Exelon on Twitter @Exelon.

About NRDC
The Natural Resources Defense Council (NRDC) is an international nonprofit environmental organization with more than 1.4 million members and online activists. Since 1970, our lawyers, scientists, and other environmental specialists have worked to protect the world's natural resources, public health, and the environment. NRDC has offices in New York City, Washington, D.C., Los Angeles, San Francisco, Chicago, Livingston, Montana, and Beijing. Visit us at www.nrdc.org and follow us on Twitter @NRDC. 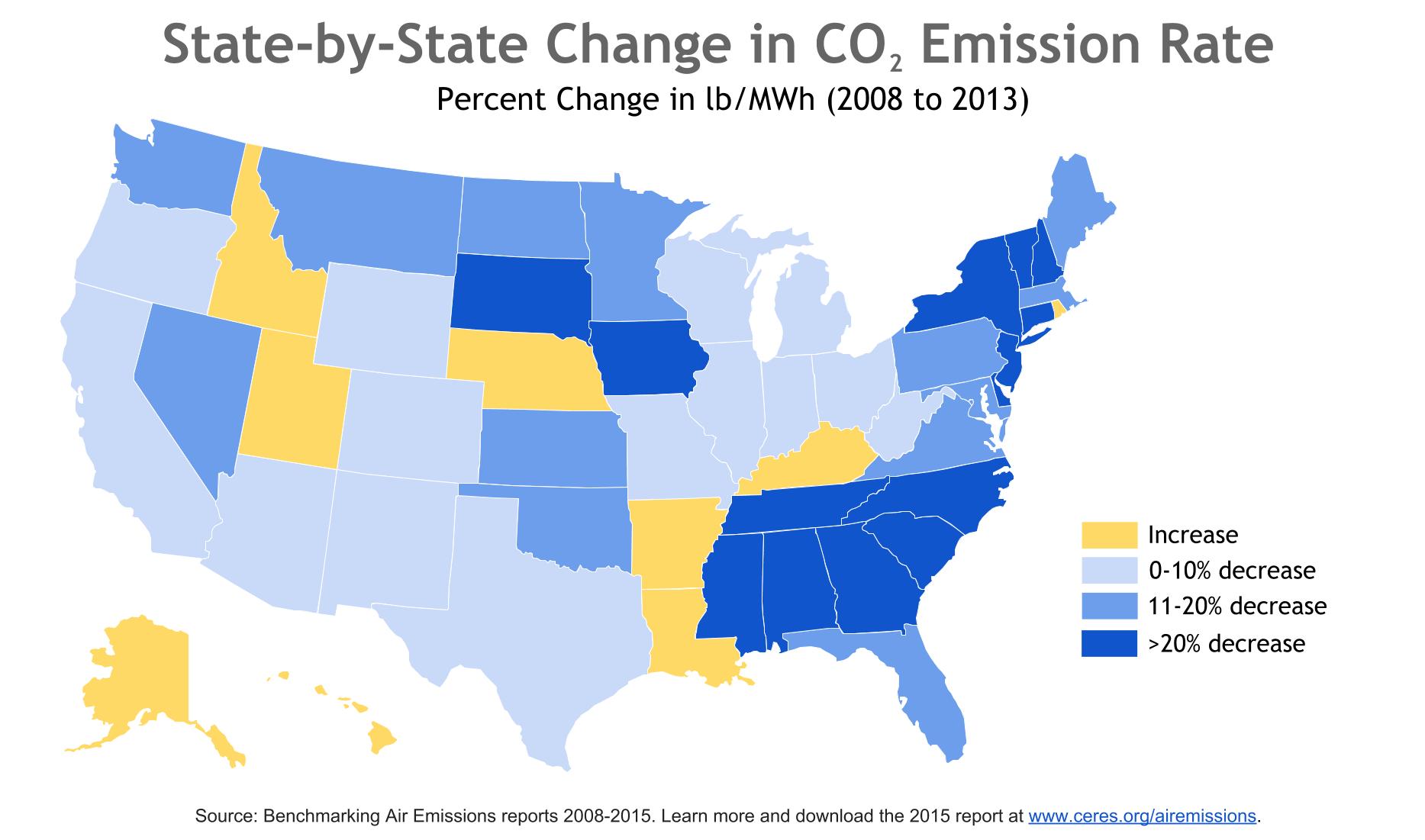 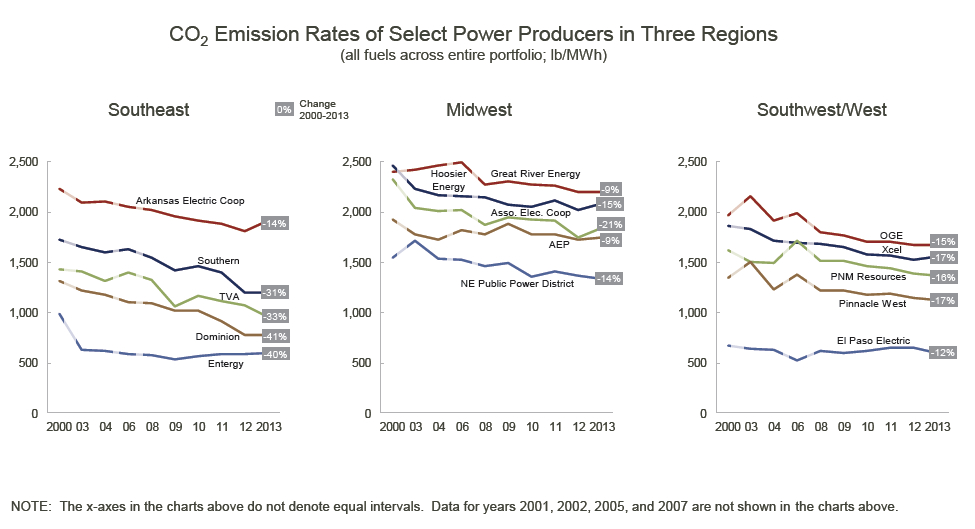