Young People from All Over the World Compete in Front of Global Business Leaders
Oct 27, 2014 11:00 AM ET
Tweet This:
Student entrepreneurs from China crowned as 2014 #EnactusWorldCup champions! http://3bl.me/xxz43r
Press Release

October 27, 2014 /3BL Media/ - Enactus, an international nonprofit that brings together more than 66,000 student members from 1,650 universities to empower people in need, today announced that the Enactus team from North China Electric Power University, a part of the Enactus China program, emerged as the champions of the 2014 Enactus World Cup. Each team presented the work they conduct as part of the day-to-day business of their on-campus Enactus teams: innovative, life-changing projects that use entrepreneurial action to create life-changing community impact.

The event in Beijing - the largest ever Enactus World Cup with an audience of more than 4,500 student, academic and business leaders in attendance – saw 34 teams of university students from all over the world present their projects. After two days of intense presentation and multiple rounds of assessment by a panel of judges, including some of the biggest names in global business, teams from China, Ireland, Morocco and Puerto Rico competed in the four-way final on Friday October 24.
In spite of stiff competition from the other three teams, North China Electric Power University Enactus was declared World Champion. The team impressed judges with the results of Green Power, a project that has focused on bringing solar and wind energy solutions to the goat herders of remote Mongolia.
“This team is the perfect example of what’s possible when we’re able to provide a platform for young people to think creatively and harness their entrepreneurial spirit. After 12,500 volunteer hours, three patents and four copyrights, these students increased the herders’ annual income by $4,900 per year,” said Nor Coquillard, President of Enactus China.
“Every year World Cup attendees are blown away at the amount of meaningful change these groups of students are able to accomplish within their respective communities, but this year some of those achievements were frankly staggering,” said Alvin Rohrs, CEO of Enactus. “Imagine the progress that would be possible around the world if every single person, not just these students, recognized they are surrounded by opportunities to make a difference. Enactus team members across the world are seeking out opportunities to better people’s lives at this very moment and I look forward to seeing the most stellar efforts at next year’s Enactus World Cup in Johannesburg, South Africa.”
The other teams placed as follows:
• 2nd Place: Mohammadia School of Engineers, Morocco
• 3rd Place: University of Puerto Rico, Mayagüez
• 4th Place: Dublin City University, Ireland
As well as the inspiring stories being showcased as part of the competition, the Enactus World Cup event in Beijing also offered participants a host of thought-provoking sessions and discussions. The Culture Fair, where attendees can experience the diverse cultures within the Enactus network as the students from each participating country display their native traditions and customs, kicked off the event. Action Leaders Forums provided a insight-filled start to the exciting ceremonies where the announcement was made of teams advancing forward in the competition. The Top to Future-Top forums provided the top leaders of today and tomorrow with the opportunity to engage, collaborate and learn from one another.
KPMG International has been a proud sponsor of the event since the first Enactus World Cup held in London, England in 2001. This year KPMG served as presenting sponsor. The event’s host sponsor was the Chinese People’s Association for Friendship with Foreign Countries.
To watch some of the events for yourself, including the Parade of Nations, Action Leaders Forums, Awards Ceremonies and Final Four Presentations, visit http://enactus.org/worldcup/ or find us on Youtube here.
About Enactus
Enactus is an international organization dedicated to enabling progress through entrepreneurial action. The organization provides a platform for university students to collaborate with business and academic leaders in the development of entrepreneurial-based projects that empower people to transform opportunities into real, sustainable progress for themselves and their communities. The quality and impact of the students’ projects are evaluated by leading executives through a series of regional, national and global competitions. The Enactus experience not only transforms the lives of the people they serve, it also transforms the lives of the students as they develop into entrepreneurially-minded, socially-responsible leaders. For more information, visit www.enactus.org.
Technology. Innovation & Solutions
Awards and Recognition
Business & Trade
Education
Energy
Environment
Eco-Living, Consumption & Travel
Events, Conferences & Webinars
Finance & Investment
Philanthropy
Technology. Innovation & Solutions
People, Social Action & Community Engagement
enactus
#seeopportunity
Enactus World Cup
students
entrepreneurs
Innovation
College
universtiy
China
Beijing
Mongolia
alternative energy
herders
electricity 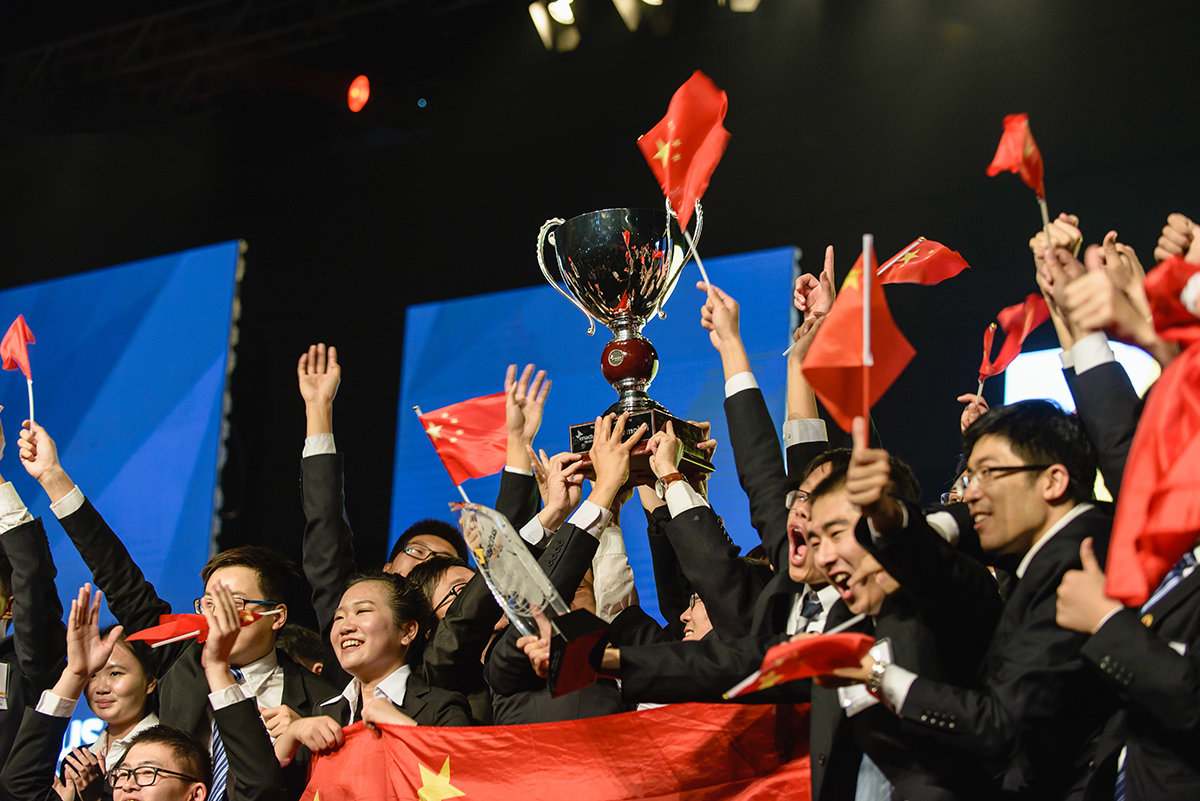