NEW YORK, September 20, 2016 /3BL Media/ – The Working Group for U.S. RMB Trading and Clearing today applauded the announcement by the People’s Bank of China (PBOC) to designate Bank of China’s New York branch to provide RMB clearing and settlement services in the United States. The establishment of an RMB clearing bank in the United States, as recommended by the Working Group in its Roadmap for Action and agreed to last June in the U.S.-China Strategic and Economic Dialogue, will allow RMB products and services to be introduced in the United States more rapidly, improving the competitiveness and efficiency of U.S. businesses by lowering their trading costs and increasing their access to China’s capital markets.

At an event this morning with Premier Li at the Waldorf Astoria in New York, the Premier met with Working Group Chair Michael R. Bloomberg, Co-Chair Henry M. Paulson and other leaders in the U.S. business and academic communities to discuss U.S. China relations, including strengthening financial cooperation between the U.S. and China.

“Growing the U.S. economy requires that we do everything in our power to maintain the competitiveness of U.S. businesses while giving them access to global capital markets,” said Michael R. Bloomberg, Chair of The Working Group. “Today’s action, building on this year’s U.S.-China Strategic and Economic Dialogue, will further improve the competitiveness and efficiency of U.S. businesses.”

“The establishment of a clearing bank in the U.S. will promote the growth of RMB activity in the U.S. and help accommodate an increase in volumes and demand for RMB products and services,” said Timothy F. Geithner, Co-Chair of The Working Group. “This is in the interests of the United States and China.”

“Opening new markets to U.S. businesses and creating new opportunities to grow is always good for the American economy, despite this year’s campaign rhetoric,” said Thomas J. Donohue, president and CEO of the U.S. Chamber of Commerce. “The establishment of a clearing bank to provide RMB clearing and settlement services in the U.S. is one more step toward lower costs for U.S. businesses and consumers, while preserving our standing in the global economy.”

“Today’s action is a welcome and important step forward,” said Mr. Paulson. “Both China and the United States need to take further steps that permit international investors greater access to their financial markets. There’s still more work to do – in particular, for China to continue to make progress in essential financial reforms and for the U.S. to expand multi-currency account capabilities.”

While today’s designation is an important next step, The Working Group will continue to carry out the commitments set forth in the Roadmap for Action, including working to further identifying barriers to fully utilize the RQFII allocation and accessing China’s inter-bank bond market, working to expand multi-currency account capabilities in the U.S., and exploring and bringing to market new RMB-designated products and related services.

“We’ve seen real progress in such a short time, culminating in today’s welcome and significant milestone,” said Mary Schapiro, Vice Chair of the U.S. RMB Working Group. “It’s important for the Working Group to continue to execute the commitments set forth in our Roadmap for Action and to further the economic relationship between our markets.” 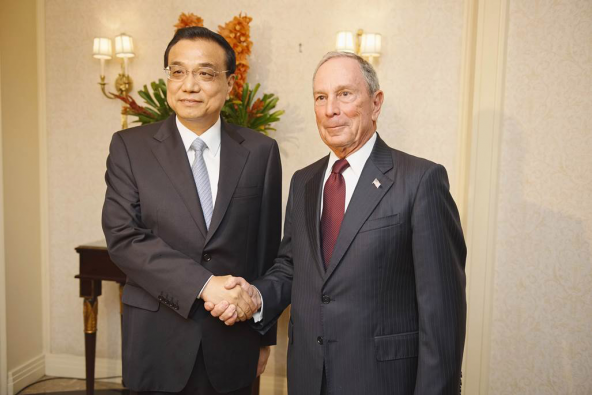