USBG World Class Sponsored by Diageo Announce Andrew Meltzer as the 2016 U.S. Bartender of the Year

A Show Stopping Mixology Challenge of 15 Bartending Talents Leads to One Final Winner Representing the U.S. at the Global Finals in Miami
Jun 23, 2016 11:30 AM ET
Tweet This:
.@TheUSBG #WorldClassUS & Canada Finals sponsored by #Diageo this week were incredible. More on Bartender of the Year http://bit.ly/28SC9k7
Press Release

WASHINGTON, D.C. June 23 2016 /3BL Media/ - After two challenging days of standout mixology showmanship, the United States Bartender’s Guild (USBG) World Class Sponsored by Diageo has named Andrew Meltzer as the 2016 U.S. Bartender of the Year. The acclaimed competition brings together the country’s best bartenders to showcase the craft and elevation of the art of cocktail creation with the ultimate goal of representing the U.S. at the global competition in Miami this September.

Andrew Meltzer, demonstrates that passion and determination truly help to achieve goals, as it’s the second year in a row the San Francisco based bartender tried his hand at winning the US title. Known for his utmost hospitality and creativity, Meltzer showcased a skilled and thoughtful approach to the two-day competition, earning his right to represent the US at the Global finals in Miami.

“I’m so excited to be named the US Best Bartender of the Year, it’s something I’ve been working towards for quite some time. This competition has given me so much - excellent knowledge, skills and industry camaraderie that will add such valuable impact to my career. I’m thrilled to represent my country at the Global Finals in Miami and I am thankful that I will have the support of my colleagues behind me, I hope to make them proud!” commented Andrew Meltzer.

The fifth iteration of the World Class U.S. competition drew in thousands of applicants, with 75 finalists selected to compete regionally. From there, fifteen bartenders advanced to the national competition in Washington D.C. hosted from June 20th to 22nd, to impress and excite judges by drawing unique inspiration from their respective hometowns coupled with their innovative talent. The bartenders demonstrated their knowledge, skill and creativity by crafting cocktails featuring a selection of the Diageo Reserve brands including Bulleit® Bourbon, CIROC® Vodka, Johnnie Walker® Blended Scotch Whisky, Ketel One® Vodka, Tanqueray No. TEN®, Tequila Don Julio® and Zacapa® Rum. The finals are judged by a selection of the world’s leading bar talent including the 2014 Global winner Charles Joly, past U.S. winners Tyson Buhler, Jeff Bell and Ricky Gomez, acclaimed bartenders and educators including Tony Abou-Ganim, Steve Olson, Julie Reiner, Anu Apte Elford, Jacques Bezuidenhout, and USBG National President David Nepove.

The two-day competition experience put the bartenders’ skills, senses and agility to the ultimate test with a series of difficult challenges. From crafting eight well-balanced cocktails in ten minutes or less in ‘Cocktails Against the Clock’; to developing palate-pleasing cocktail pairings for two culinary dishes in the ‘Ketel One Tasting Menu’; to drawing inspiration from fresh, seasonal ingredients found at a local market to craft out-of-the-box creations in the ‘Market Basket’; to utterly being surprised by spinning a wheel in the ‘Bartender Roulette’; to finally creating cocktails paying homage to the more than 200 years of Johnnie Walker’s blending heritage in ‘Mastery of the Blend’– the 2016 World Class program allowed each competitor to showcase their hospitality behind the bar, skill sets, and creativity; and this year proved to be one of the best yet.

“It has been incredible to see the evolution of the USBG World Class program here in the U.S. and the growing excitement and participation from the bartending community,” comments Aaron Gregory Smith, Executive Director of the USBG.

Melissa Woodbury, Senior Director of On-Premise for Diageo North America further comments, “This is truly so much more than a competition, as it is our goal to provide each participant with cutting edge new skills, social responsibility ethics, knowledge and education to elevate their craft in order to help them to become the best within their industry. While we do have one winner who has Miami to prepare for, we are inspired by the commitment and engagement that each person brought to this year’s program.”

Cocktails featured throughout the competition have been captured on Twitter and Instagram @WorldClassUS for creation and inspiration. When showcasing your own all-star mixology skills or savoring award-winning cocktails created by your favorite local bartender, Diageo World Class reminds you to drink responsibly.

For additional information about the program and for detail on the upcoming global competition, follow @WorldClassUS on Twitter and Instagram, use the hashtag #WorldClass and visit www.facebook.com/WorldClassUS.

About USBG
The United States Bartenders’ Guild unites the largest network of professionals in the U.S. in its mission to empower bartenders to take charge of their careers. The USBG accomplishes its mission through working with committed partners to enrich the career advancement of its members with peer-to-peer learning, expert instruction, service projects and competition. With over 60 years of presence in the United States and international coverage in affiliation with the International Bartender's Association (IBA) in over 50 countries, the United States Bartenders' Guild is setting the standard for the profession throughout the country. USBG members don’t follow trends – they set them and passionately advocate for bartenders nationwide to do the same. For more information, visit www.usbg.org.

About Diageo
Diageo is a global leader in beverage alcohol, with an outstanding collection of brands across spirits, wines and beer categories. These brands include Johnnie Walker, Crown Royal, JεB, Buchanan’s and Windsor whiskies, Smirnoff, Cîroc and Ketel One vodkas, Baileys Original Irish Cream, Captain Morgan, Tanqueray and Guinness.

Diageo is a global company, with its products sold in more than 180 countries around the world. The company is listed on both the New York Stock Exchange (DEO) and the London Stock Exchange (DGE). For more information about Diageo, its people and its brands, visit www.diageo.com. For Diageo’s global resource that promotes responsible drinking through the sharing of best practice tools, information and initiatives, visit www.DRINKiQ.com. 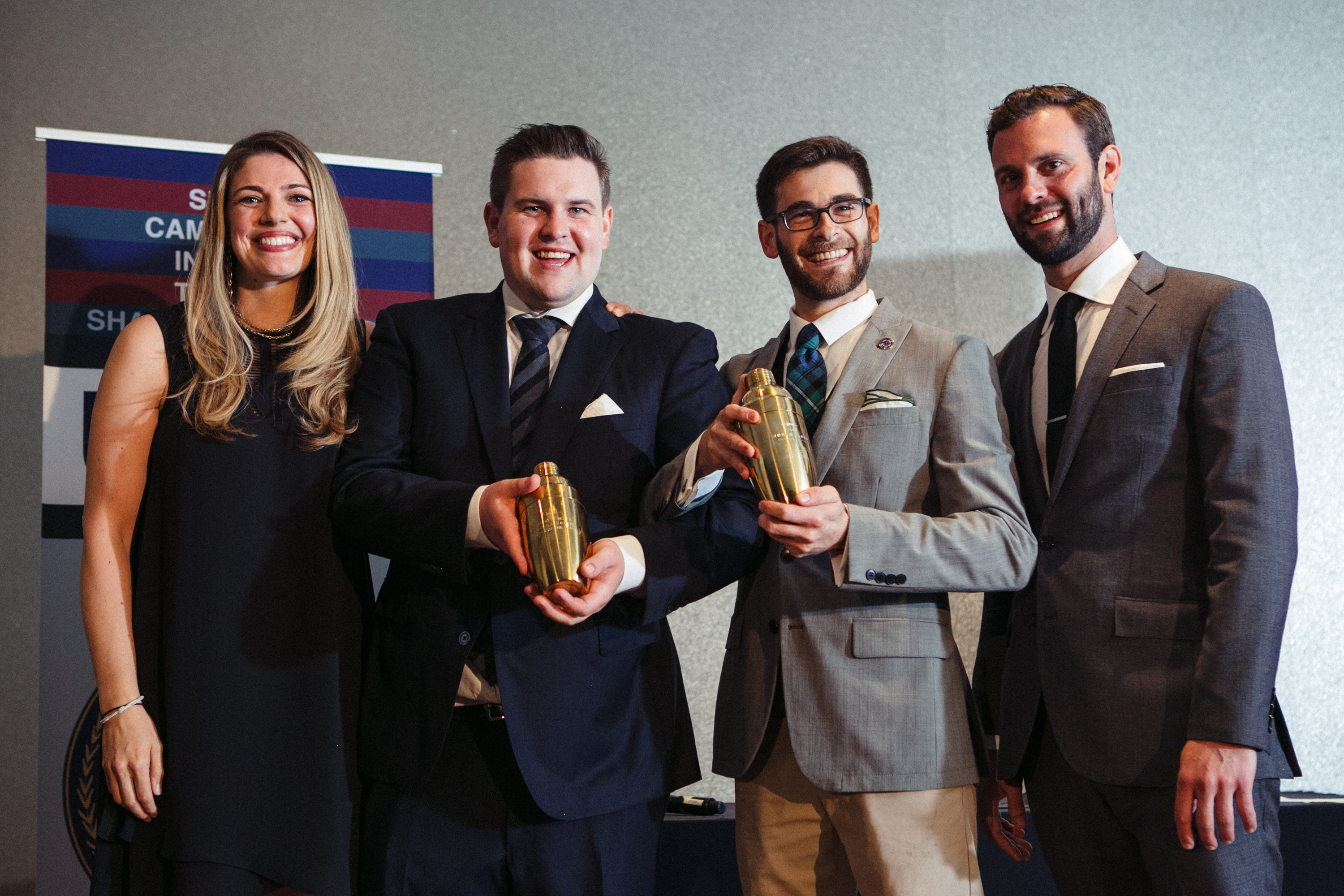 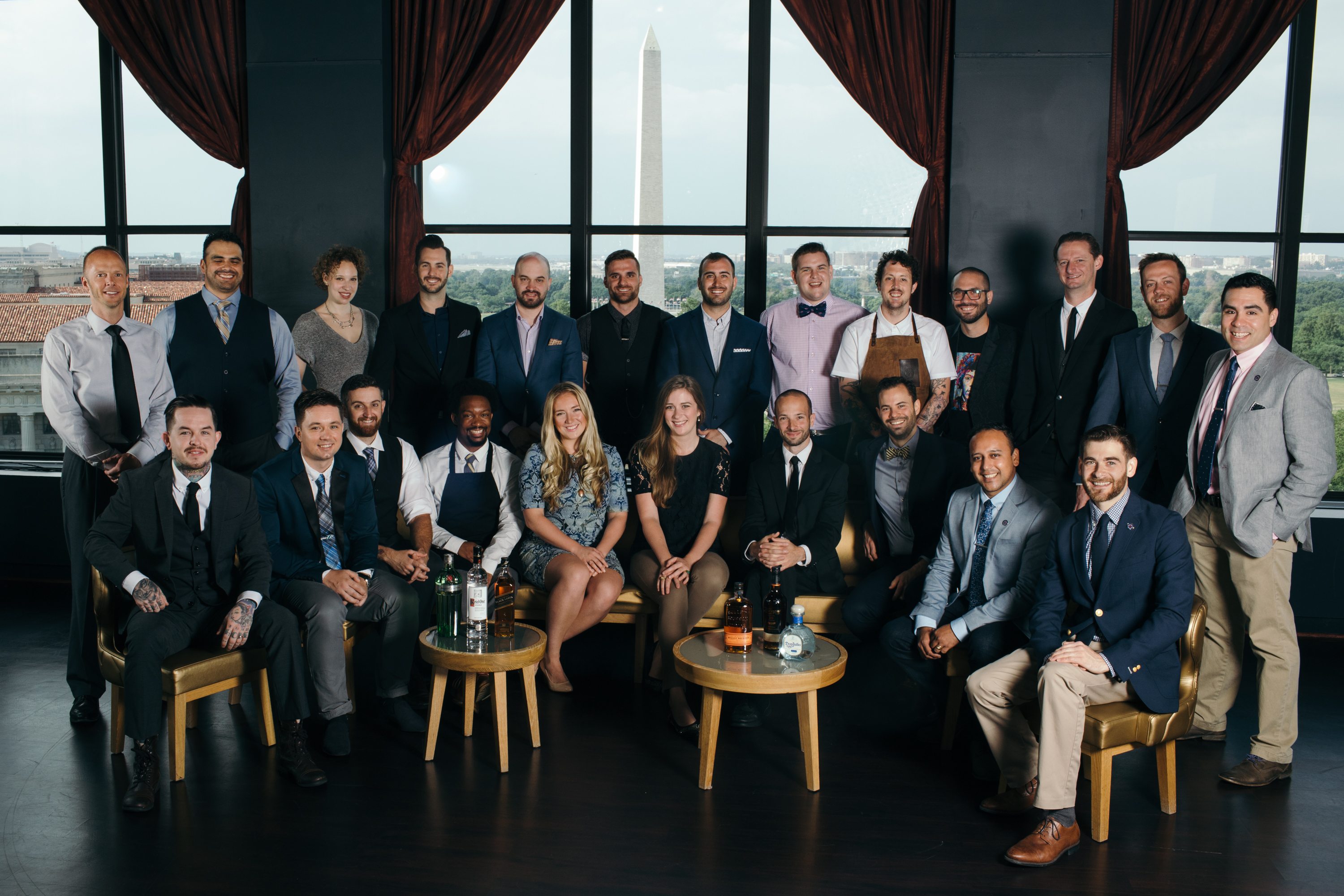 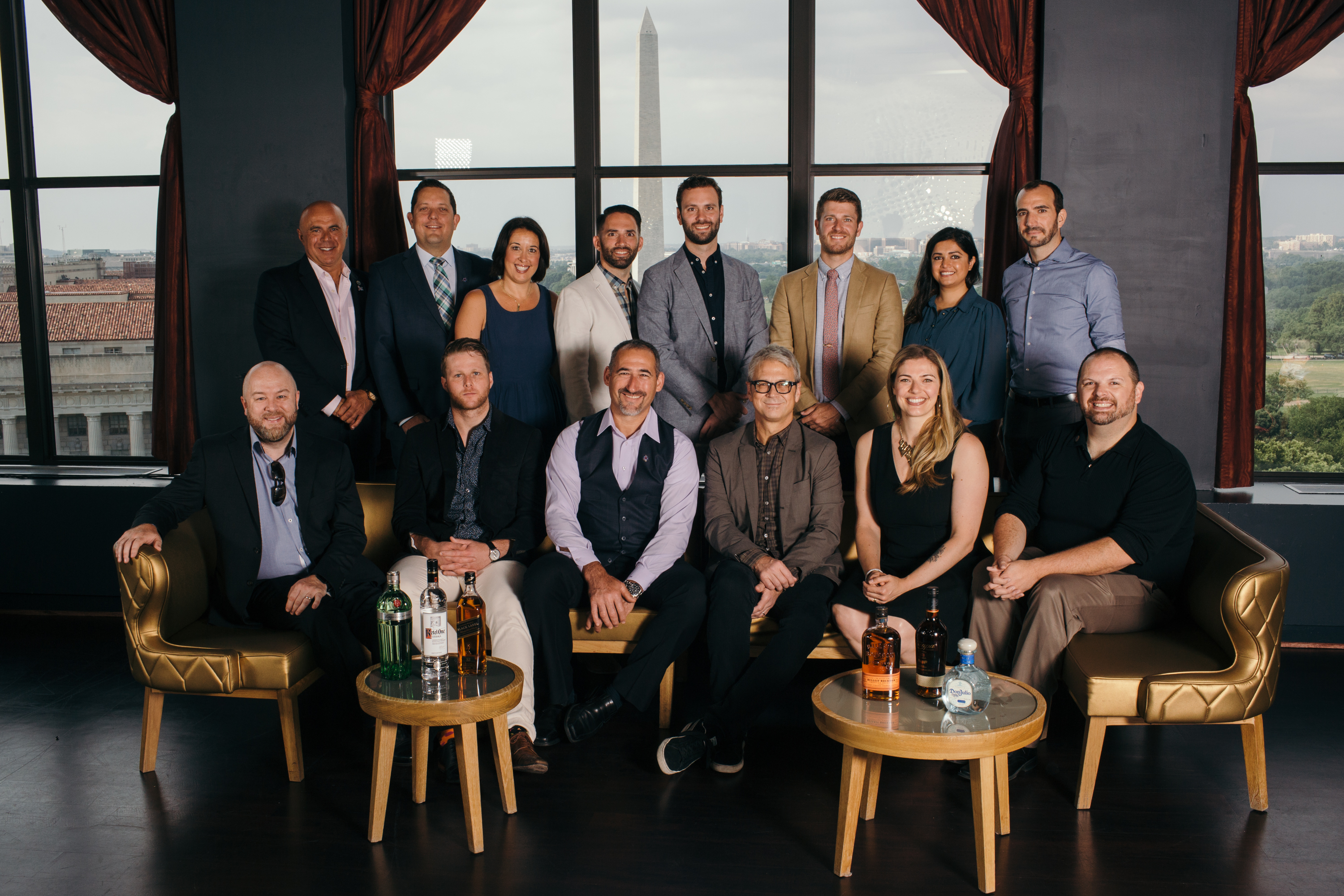 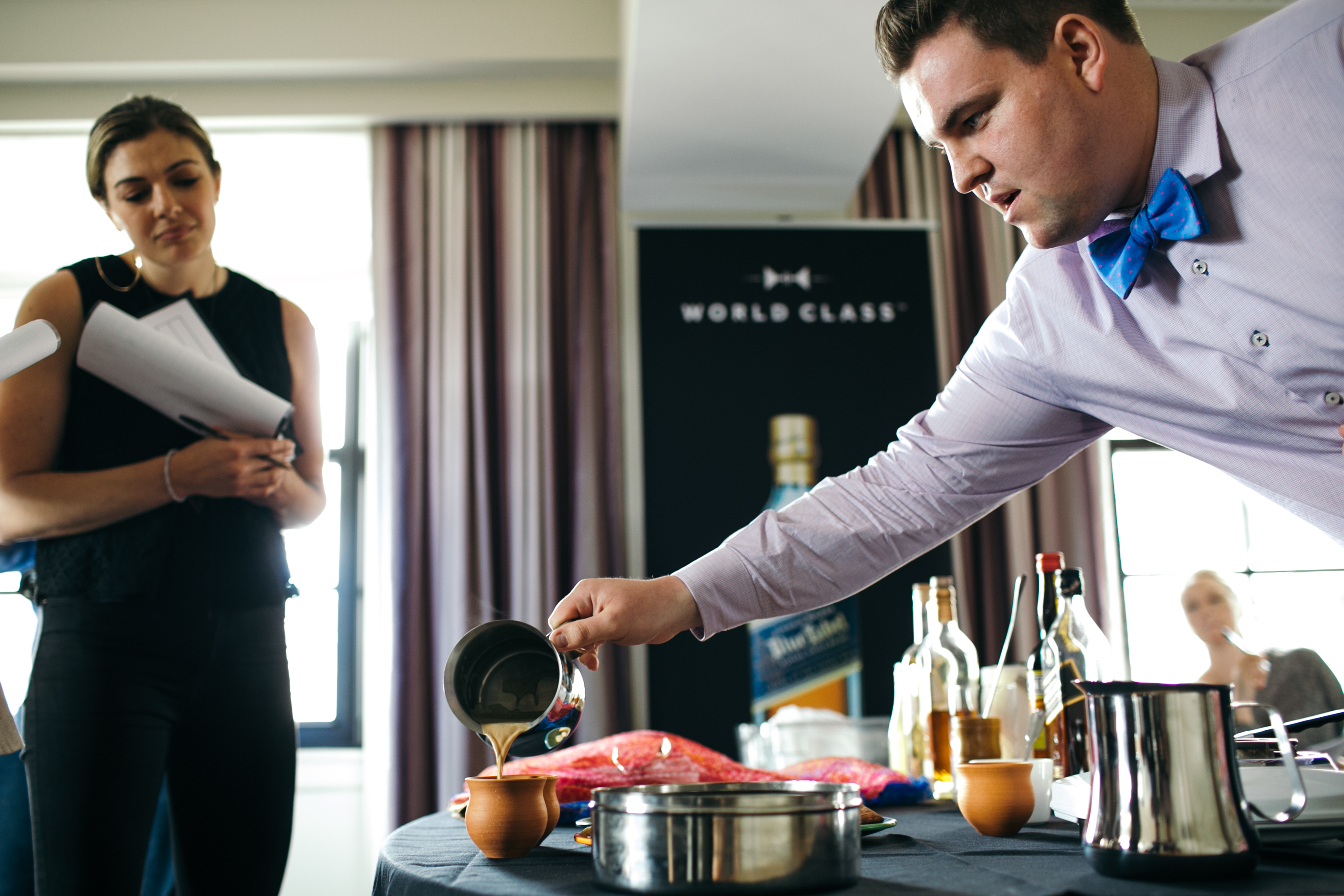 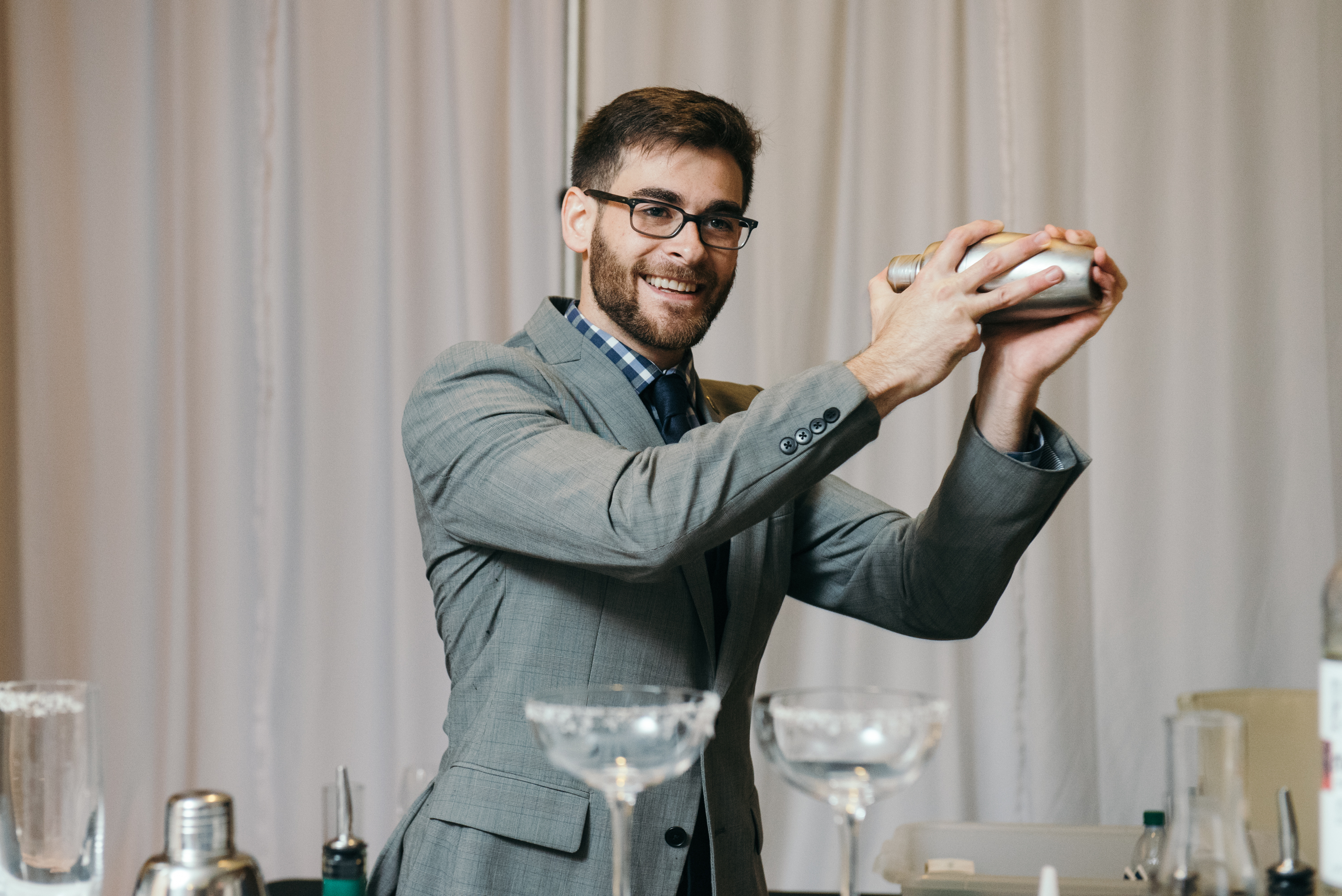 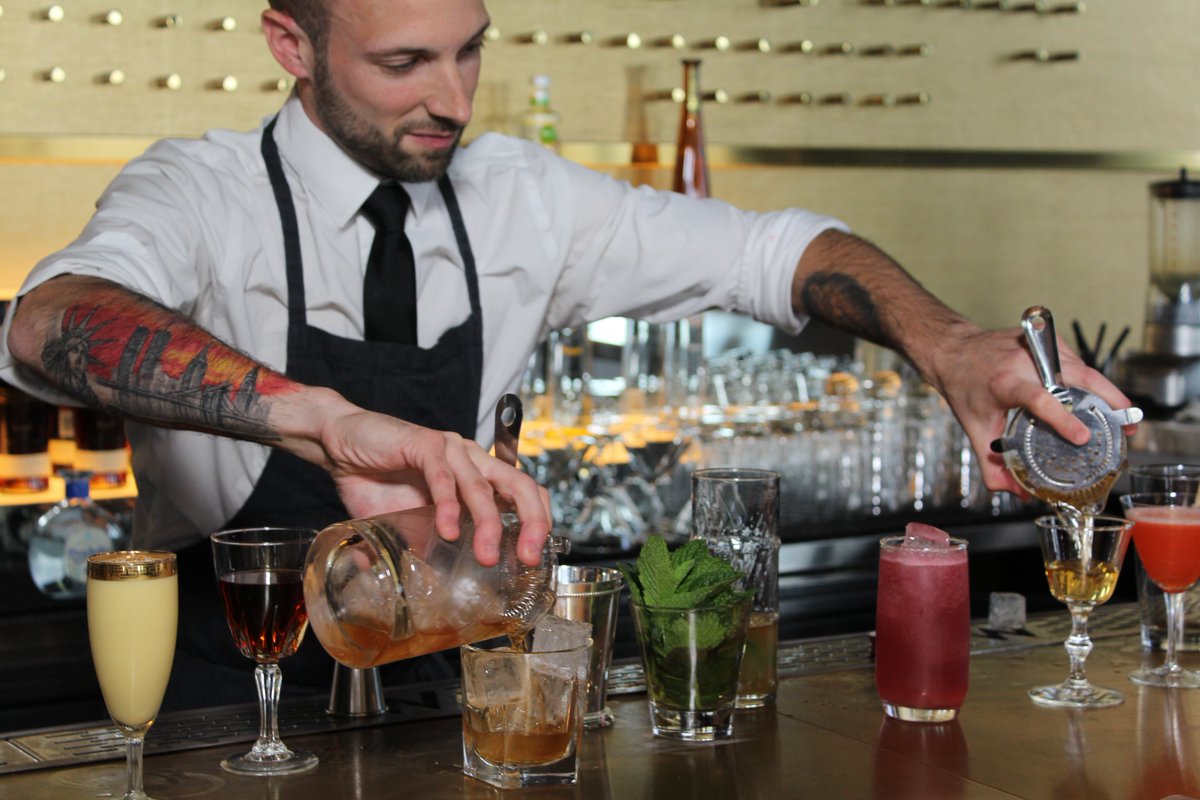 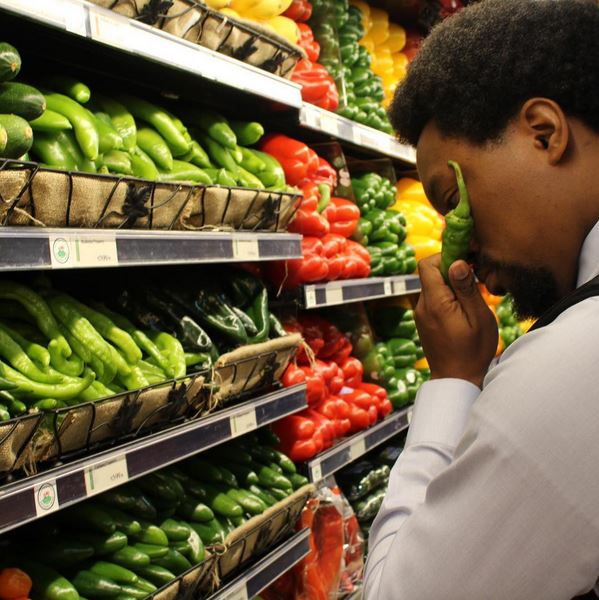 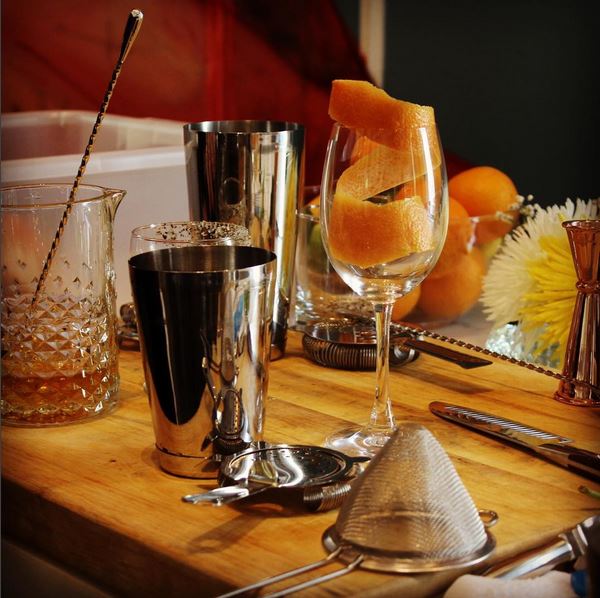 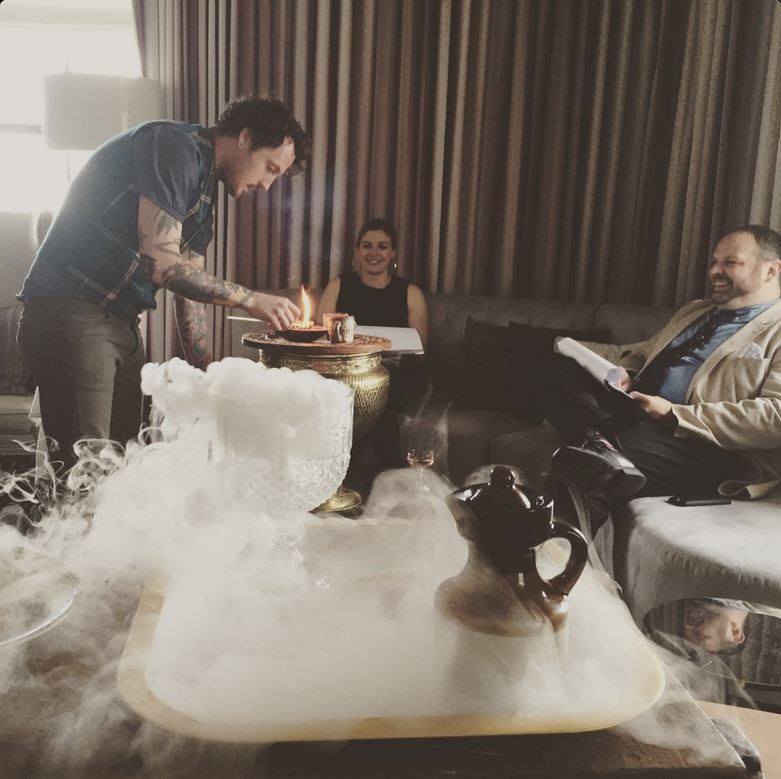 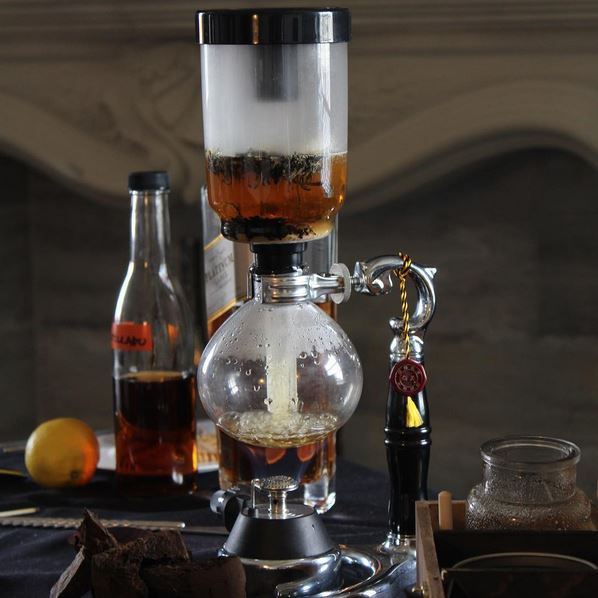